The Taapsee Pannu and Rishi Kapoor starrer raises crucial points about the communal tension in India. 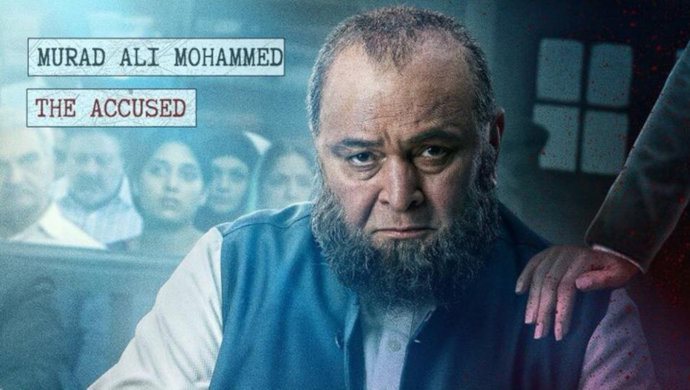 There have been films such as Kai Po Che, Fiza, Dev etc. that have addressed the Hindu-Muslim tension that persists in India. However, Mulk does the same in a bolder and more daring manner as it raises points on prejudice against Muslims not just based on their religion but also their appearances, choices and historic background.

Here are some of the most powerful dialogues from the film that forces one to introspect regarding the communal tension.

(The act of killing alone is not terrorism. Scaring someone to sit in a corner is also terrorism)

After being attacked by a bunch of goons in his neighborhood, Murad Ali Mohammed (Rishi Kapoor) goes to the police station to file a report but is instead given ways to “avoid” the situation in the future.

He is told that it’s better to not go against the Hindus in his community. Murad Ali is advised that he will require their support in winning the case for his brother Bilal, who is accused of being involved in his son Shahid’s terrorist activities.

Murad Ali retorts that had one of his family members been killed, whether the police consider it as an act of “terrorism.” He points that terrorism is not just about killing people but threatening them too.

Watch this dialogue at 1:14 in the film.

He questions the police’s prejudice against Muslims and reminds them that there have been several acts of terrorism in the past where Muslims haven’t been involved.

(The violence by Shahid is martyrdom and that by the local goons is acceptable by the nation?”)Murad Ali is suspected to be involved in his nephew’s terrorist activities and is discriminated against by his own close friends from the neighborhood.

They tell him they are conducting a prayer for Shahid to celebrate his activities as “martyrdom” as that is the only way to save the Muslim community’s image.

Murad Ali shames their thinking and says that such acts by his nephew are viewed as martyrdom and when conducted by local goons in the neighborhood, are considered terrorism.

Aarti (Taapsee Pannu) who is fighting Bilal’s case, questions the religious divide that exists in the minds of people. She says that the nation is still viewed through the lens of “us” and “them” (hum aur woh). She states that a nation is made by “us” and not “us and them”

(If someone makes fun of beard again, don’t get upset. Just show them the constitution of India. If they trouble you after this, we will handle it)

This is one of the most powerful scenes from the film where the judge (Kumud Mishra) gives his verdict with a strong word of advice. He reassures Murad Ali that the constitution of India is powerful and can be used to shut those who question his appearance.

(You said that Abdul Kalam, Bismillah Khan are exceptions in the Muslim community. You must have read this message on Whatsapp, right?)

The judge tells prosecutor Santosh Anand (Ashutosh Rana), that many Muslims have made the nation proud and there are no “exceptions” that have.

Which was the most powerful dialogue from Mulk according to you? Tell us!

If You Are A Patriot, John Abraham's Parmanu Deserves Your Attention!