Young, wild and free – these three words would best sum up the Pavitra Rishta actress. Her journey is proof, the struggle is worth it all. 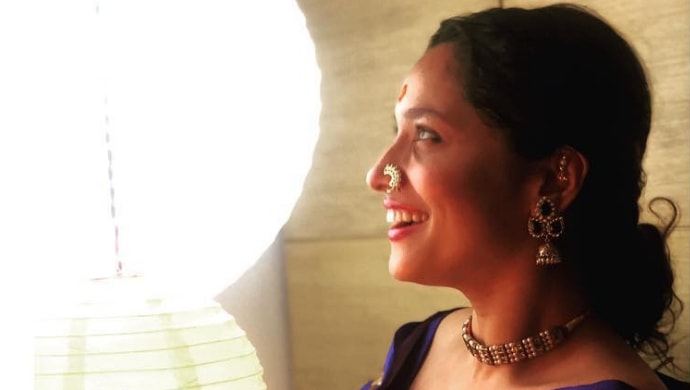 Mondayest Monday is a thing! Every week, on this day, you feel like disappearing or falling sick. Because you want to escape stepping out of the house and continue snuggling under the blanket. Left with no choice, we drag ourselves out of the bed only to meet blues mid-way. This is the story of every Monday in most of our lives. And we’d probably be zombies by now if not for Ankita Lokhande and her inspiring lines.

Staying true to her character of Archana Deshmukh from Pavitra Rishta, Ankita is this massive ball of optimism. She is a shining example that the struggle is worth it all. The 34-year-old actress recently entered the list of Bollywood film stars with Manikarnika: The Queen of Jhansi. But the success didn’t come easy! After headling a leading Zee TV show, she went on a sabbatical and waited her turn to return with the right project. You just need to believe in the way universe conspires and keep working towards our dreams. However, in case you are having one of those days where you feel things won’t work out, these quotes by Ankita will help you stay strong!

I like to be a free spirit. Some don’t like that, But that’s the way I am….. Styled by @hemlataa9 Assisted by @akansha.27 @priyanakaagicha Outfit by @arkya_official 📸 @tkhutal_official

It’s your road and your’s alone. Others may walk it with you, But no one can walk it for you. Styled by @hemlataa9 Assisted by @analligupta @richayadav0906 Outfit by @pitarabysipikaofficial Jewelry by @jewelskali

And then one day . I discovered my own light My own inner gangster I snatched my power back and the game changed. #changeisgood#sareeissexy ❤️ In #aakanshakapoor & @accessoryquotient . Styled by @aakansha_kapoor .

Mirror mirror on the wall,I’ll getup after I fall. And whether I run,walk or have to crawl, I’ll set my goals and will achieve them all.. hehehe 😎✨👏

On the professional front, Ankita was seen in the role of Jhalkari Bai in Kangana Ranaut’s Manikarnika: The Queen of Jhansi. The actor took lessons in horse riding and sword fighting as a part of her preparation and training for the character. For those not in the know, Jhalkari Bai was a soldier in Rani Laxmibai’s women’s army who later went on to become her advisor.

During the Revolt of 1857, India’s first rebellion for Independence, the Britishers attacked the kingdom of Jhansi. It was Jhalkari Bai who had then helped the Queen escape from the fort for she looked extremely similar to the royalty. Her legend has now become a legacy, sense of pride for the people of Bundelkhand and the Koli community in North India.

What are your thoughts about the captions listed from Ankita’s Instagram above? Also, we’d love to hear your views on the actress’ Bollywood debut performance in Manikarnika. Let us know in the comments box below.

Meanwhile, watch all episodes of Pavitra Rishta on ZEE5