5 Reasons Why We Need More Films Like Pad Man

Off late, Akshay Kumar has been contributing rapidly and heavily to the discussion around subjects that matter and require our undivided attention. 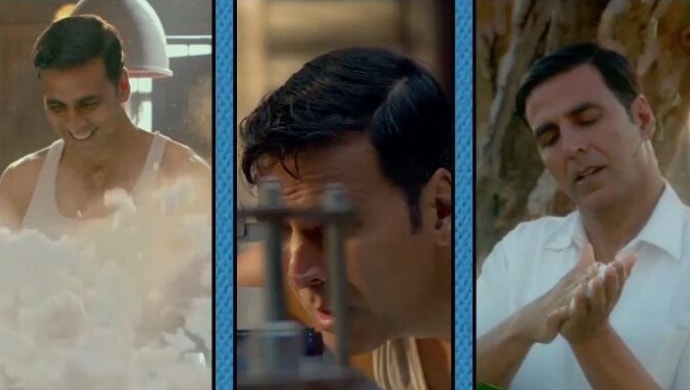 Shifting the lens from his action-packed scenes and excellent comic timing to issues of social and global relevance, Akshay Kumar is at his Khiladi best. Speaking professionally, the superstar has been contributing rapidly and heavily to the discussion around subjects that matter and require our undivided attention. Personally, he has been the pioneer behind several monetary forces helping thousands lead a better life. To put it simply, he is a hero in the truest sense and form of the word. Thus, Akshay’s film PadMan wasn’t a surprise!

Because Akki isn’t your closeted or behind-the-scene cheerleader who is shy of sparking a conversation if the need be. And with the formidable support of his actress-turned-author wife Twinkle Khanna, Akshay has only added to his already crowded hat with the R. Balki directorial. For those not in the know, the film is based on the life-changing innovation of Coimbatore-based Arunachalam Muruganantham who introduced and made available machines that can produce sanitary napkins at a low cost.

Starring Sonam Kapoor Ahuja and Radhika Apte in the female lead, the movie is a far cry from the preachy sagas about how change should be brought about. And while we could list down several reasons why you should not miss PadMan, let me settle for the best five

1. The story of the Sanitary Man of Sacred Land

We bet Mrs. Funnybones didn’t have the remotest idea as to what the research for her second novel was leading her to – an inspiring human story of India’s Menstrual Man who changed the way women lived with and the world perceived this biological phenomenon. Ostracized by his wife, family and community, Arunachalam kept up with his determination to provide women, especially his beloved better half, the due hygiene and proper sanitary pad to use during menses.

In the recent past, Kumar has thrown his weight behind mention worthy causes including sanitation, hygiene, national security, eradication of corruption through films (Gabbar is Back, Special 26, Jolly LLB 2, Toilet: Ek Prem Katha). Thanks to the change, we now have relevant cinema catering to real-world problems.

PadMan is not a fancy rags-to-riches story. It is a simple yet inspiring story of a man who went lengths to resolve the stigma attached to menstruation. R. Balki’s realism in no way tampers the truth and shows only the actual picture.

I’d say it is Radhika Apte who is the driving force of this film because she is the reason for the revolution. Her mellow play of a village belle is aced to perfection. Sonam Kapoor takes charge of the wheel in the second half, escalating Akshay’s character to steps of success.

5. Menstruation is not a taboo. Period.

For long we have maintained a stoic silence on periods. But that ends now. Period. It is a naturally occurring phenomenon in a female body, and there is no other explanation to this. The sun, moon and the stars get to play no role because they have none – the power to bring a life into this world lies within this very cycle. It’s time people see it for what it is, not a taboo.

Borrowing a line from Twinkle Khanna, I’d like to sum up that people are watching many many bad films in large numbers, so watch this one because it’s gonna be good!