Kanika Mann's character on the show is India's youngest saas. What sets her apart? Find out! 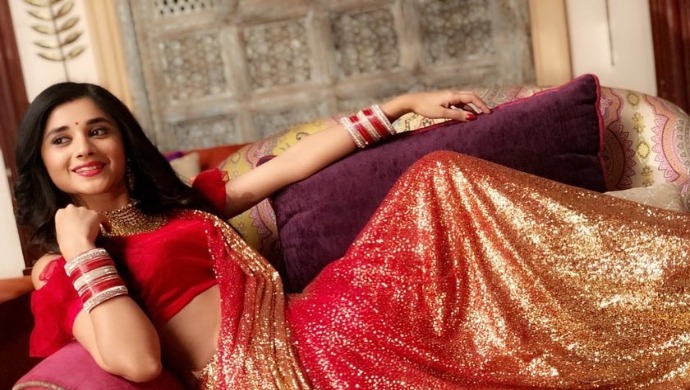 As television buffs, we are accustomed to watching typical mother-in-laws on-screen. The stereotype involves women clad in heavy sarees, with gawdy makeup, chunky jewelry and evil expressions. The saas‘ in most television shows are out to get their bahus, even when there is no need whatsoever. But Guddan Tumse Na Ho Payega’s Guddan is redefining a mother-in-laws’s on-screen image. She is India’s youngest saas and is righteous, kind and above all, not typical!

Watch her in an episode here.

The character played by Kanika Mann is empowering, as despite being an authority figure, Guddan is approachable and friendly. She is proof that all on-screen mother-in-laws need not be vicious, as the norm demands. Here are five traits of Guddan that you can imbibe, if you wish to be as cool a saas as her.

1. Make people comfortable around you

A mother-in-law’s main job is to make newcomers in the family comfortable and welcomed. A good saas is one who is friendly and approachable. Guddan gets full points in this department! She treats everyone as equal and gives them respect.

2. Be open to learning

Just because Guddan is an authority figure in the family, doesn’t mean she gets to boss around people. She is well aware of this and makes it a point to learn new things from her elders as well as younger members of the family. After all, learning is a two way street right?

3. Give the bahu all the time she needs

Moving into a new home and adjusting to it is a difficult task for a daughter-in-law. Hence its essential that mother-in-laws give their bahus time to adjust. Although Guddan is the one adjusting to a new family in this show, we still see her helping her bahus when need be.

4. Have your bahu’s back

The Jindal bahus have a big problem with Guddan, but she doesn’t let this affect her. In fact, there have been times when she has even covered up for them, despite being a victim of their pranks. A saas can ofcourse tell off her bahu if she misbehaves. But the point here is to stick up for one another. A good saas is one that has her daughter-in-law’s back and supports her.

5. Put yourself in her shoes

Which of these qualities is the most important to you? Post your thoughts in the comments section below!