Rajat often tweets and shares a life lesson for his fans. He is best remembered for playing the titular lead in Zee TV show Jodha Akbar. 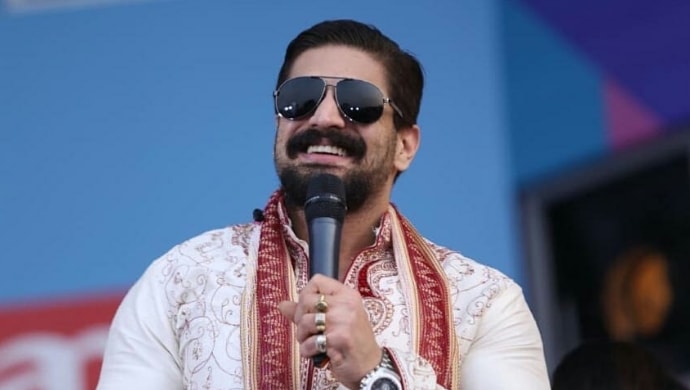 Don’t let that handsome ulterior fool you, television star Rajat Tokas is more than just a good-looking face. The Jodha Akbar actor is a powerhouse and has been enthralling the audience with his finest acting chops since his childhood days. Known for his portrayals in popular mythological shows, Rajat is quite a name to reckon with in the small screen industry. However, despite his meagre social media presence, the dapper boy has managed to vow fans and followers with his updates time and again.

The actor, who goes by the name @RajjatTokas on Twitter, enjoys a following of 48.5K (at the time of writing this) users on Twitter. But besides the regular sneak peeks into his personal and professional life, the telly town hunk also treats his admirers to his profound knowledge of this journey we call life. Every now and then, Rajat tweets a lesson he has come across and shares it for all his fans to follow. Improvise, learn and adapt is the key after all. Sample these tweets by the star:

All the advice and suggestion can’t help you, if you aren’t willing to help yourself.

Sometimes the greatest way to say something ;
Is to say nothing at all !
– Justin timberlake
Song – say something…..

Imagine a world in which we witness thoughts without becoming them and experience feelings without being overwhelmed by them.

One can learn a lot from movie

And to simply put, people who stand by you, aren’t necessarily with you, they may put their lives before yours.

And the ones who don’t, are willing to even give their lives for you …

Heroes aren’t always the one who wins.
They are the ones who lose sometimes.
But they keep fighting, they keep coming back.
They don’t give up.
And that’s what make them heroes.

Rajat’s portrayal of Mughal Emperor Jalaluddin Mohammed Akbar in the Zee TV show Jodha Akbar earned him a worldwide fan base. The actor has also featured in other shows such as Keshav Pandit and Fear Files: Darr Ki Sacchi Tasverein. Besides television serials, Rajat also has a few Bollywood outings under his belt.

A shy boy that he is, Rajat is quite the introvert and keeps to his own. However, he is a fitness freak and loves to work out regularly.

Miss watching Rajat on the small screen? All the episodes of Jodha Akbar are now streaming on ZEE5.

It's Time To Search For Her History - Watch Karenjit Kaur: The Untold Story To Know How Karen Became Sunny Leone