5 Trendy Style Statements By Tujhse Hai Raabta’s Reem Shaikh That You Can Get Inspired By!

If you're looking for some style inspiration, Reem Shaikh is here to save the day. 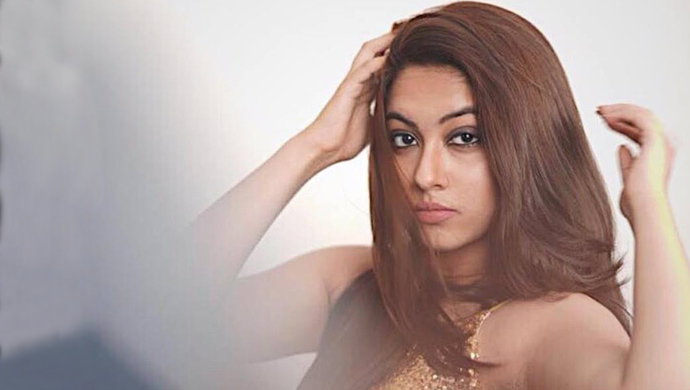 Not only are television actresses proving to be style icons on-screen, but are also emerging to be trend setters in real life. ZEE TV actresses such as Kundali Bhagya’s Shraddha Arya, Guddan Tumse Na Ho Payega’s Kanika Mann etc. often turn heads with their trendy style statements. Tujhse Hai Raabta’s Reem Shaikh is no less and has given style goals with her quirky attires.

Watch her in the latest episode from the show here.

The young actress is not afraid to experiment with bold looks and has pulled them off like a boss. Here are 5 of her best style statements that you can get inspired by:

Reem is seen wearing a white and black full sleeve crop top, with matching lowers. We love how she has finished her look with loose messy hair, a nude pink lip shade and smoky eyes. Nicely done, Ms. Shaikh!

The actress rocks this casual look where she wears a basic denim skirt with a white and yellow striped off-shoulder top. Reem keeps it simple with minimal makeup and no accessories.

Reem looks chic in this light army-green jumpsuit that she sports with trendy navy blue block heels. Her footwear adds the quirky touch to her outfit and we love how she finishes the look with a pair of shades and loose messy hair.

4. Orange is the new black

The actress looks sexy and stunning in this orange off-shoulder, figure hugging dress. She adds a pair of black heels to the look and wears her hair in a loose bun. Lovin’ it!

This look brings out Reem’s fun side and is our favorite. The actress proves that one can look trendy in something as simple as a ripped pair of jeans and a yellow tee. What adds an edgy touch to the look are Reem’s bold oxblood lips!

So which of these looks do you like the most? Tell us in the comments section below!

If you love watching her show Tujhse Hai Raabta, catch all the episodes exclusively on ZEE5 here.