You wouldn't want to miss what happened to Esha Gupta towards the end of the film. 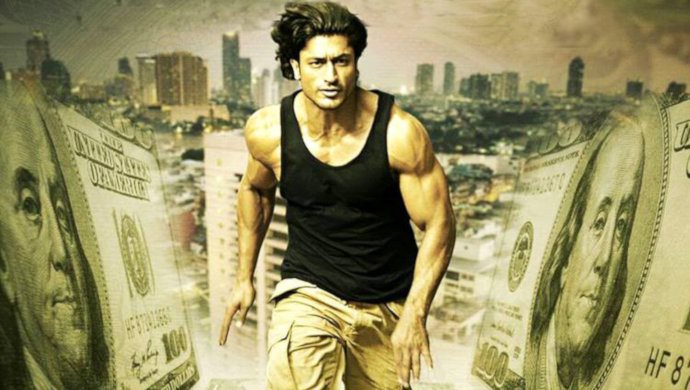 Commando managed to win a million hearts with its thrilling narrative and  action-packed sequences. A sequel to any film promises to be bigger and better, and Commando 2 does just that. In part two, the filmmakers and actors have taken things a notch higher not only in terms of the action sequences but also the characters, and storyline.

Did you know Commando 3’s trailer, starring Vidyut Jamwal, Adah Sharma and Gulshan Devaiah, garnered more than 15 million views within 24 hours of its release? Well, before you watch that movie, here’s some fun trivia on Commando 2.

While audiences get to see the picture-perfect frames on celluloid, no one really knows the hardships that are endured into making a film. What all did it take for the Commando 2 team to make the film successful? We give you a sneak peek into the making of the film along with some fun facts you probably didn’t know!

Commando was directed by Dilip Ghosh and the sequel was made by Deven Bhojani. While it is a known fact that the man is a successful comedian, his intricate knowledge about action came as a pleasant surprise not only to the audiences but also the actors.

The director shares a brotherly equation with the producer of the film Vipul Amrutlal Shah and was brought on board by him. Deven maintains that he was taken aback when asked to direct Commando 2, and took a few days to think things over before giving a final nod.

2. The long search for Bhavna Reddy

Producer Vipul says that he and the team were looking for a unique personality to play the character of Bhavna Reddy, a Hyderabadi cop. They took a screen test of nearly 45 girls before deciding on actress Adah Sharma.

Adah reveals that her audition for the role was perfect and she enjoyed giving it, owing to the fun-loving character. However, she says that it’s only after two months that she got a final call to play the role in the film!

One of the worst things to happen on a shoot is unwanted rain. Unfortunately, the Commando 2 team had to bear the brunt of it. On the fourth day of the set up in Bangkok, Thailand, the shoot was disturbed by heavy rains. The shoot got delayed by a couple of days and the team had to keep juggling the schedule.

Injury on set, especially during action scenes is not unheard of. However, what’s remarkable is that lead actor Vidyut Jammwal, continued shooting for the scenes despite facing severe injury on his foot. The actor got stitches and was even advised by the doctors to not continue shooting.

Vidyut maintains that owing to the delay in the shoot, the actor had to continue. He adds that injuries are a part and parcel of action films and hence, he didn’t consider them as a hindrance. We salute the actor’s bravery and dedication!

Vidyut and Adah share a kiss in one of the scenes in the film, that was shot in a church. While it looked romantic and perfect onscreen, it took a lot of effort for the actors to pull this one off. Adah reveals that she and Vidyut kept laughing whenever they would come close to kiss!

No film is complete without some craziness right? The Commando 2 team made sure they had their share of fun by pushing crew and cast members into the pool after pack up! Esha Gupta and director Deven jumped into the pool too and added to the madness.

Now that’s what we call a memorable end to a great journey.

Who is your favourite actor from the cast of Commando 2? Tell us in the comments section!

10 Break-Up Quotes To Heal A Broken But Beautiful Heart