Kumkum Bhagya’s Purab has taken fashion inspiration from Ranveer Singh and nailed these unconventional looks, just like the Simmba actor! 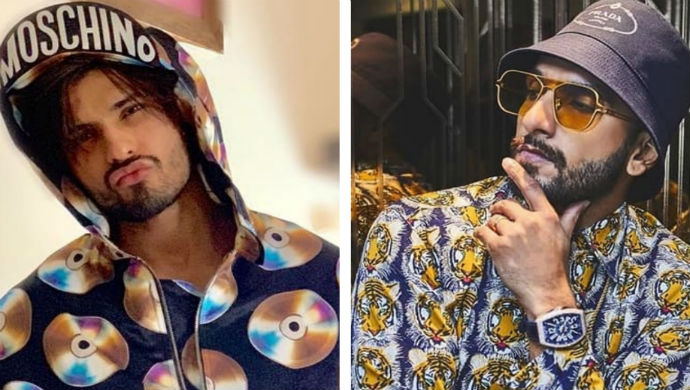 If there’s one actor who can pull off the quirkiest of looks like a boss, it’s Ranveer Singh. Let’s face it, this Bollywood hunk wears attires that can put Bappi Lahri’s bling to shame. And yet, he manages to look sensational in most of the outlandish outfits he sports. Ranveer is very much India’s answer to Lady Gaga and that requires some serious skill. But our Bajirao better watch out, as there’s a man could give him competition. No we are not talking about Karan Johar but Vin Rana, who is popular as Purab in Zee TV’s show Kumkum Bhagya! By the looks of it, the actor seeks inspiration from Ranveer’s eccentric style.

And now see this outfit which Ranveer wore on Kofffee With Karan‘s latest season. Same to same, right?

Gianni would be proud 👾

This is however not the only time that the actor has come close to looking like Ranveer. Vin has, on several occasions, worn over-the-top outfits and managed to pull them off with ease, much like his style guru. For instance, check out this glittery golden jacket that the actor wore for his birthday celebrations, with a pair of black tracks and matching tee. This has Ranveer written all over it!

I was overwhelmed by receiving so much attention for my birthday and would like to thank each and every one of you so much for your kind greetings and blessings…it really means alot,I'm sure that with all these wishes, it will become a great year. Love you all❤️🙏🏻 #gratitude #luckyme #blessed

And here’s another one where Vin rocks this pair of black and yellow printed track pants and jacket which he teams with shades and white sneakers.

Coz I know i am little tooooo much 😁 👑

Check out this picture where Vin wears a printed jumpsuit which straight up reminds us of a similar one which Ranveer wore during his promotions for Gully Boy.

And now check this out:

And don’t miss this last picture where Vin rocks this bright orange pair of tracksuit! Wouldn’t you imagine Ranveer wearing something similar?

It’s clear that while in Bollywood, Ranveer takes the cake for bringing his A- game on when it comes to offbeat looks, Vin does his part as a television actor. So, we get the best of both worlds right folks? Tell us who you think looks better in these quirky style statements, Vin or Ranveer? Post your thoughts in the comments section below!

Sriti Jha's Recent Trip To Berlin Was A 'Bunch Of Picnics And Parties!' See Pics