Based on Manju Kapur's acclaimed novel, A Married Woman is an upcoming ZEE5, ALTBalaji Original that explores condemned passion amidst cultural chaos 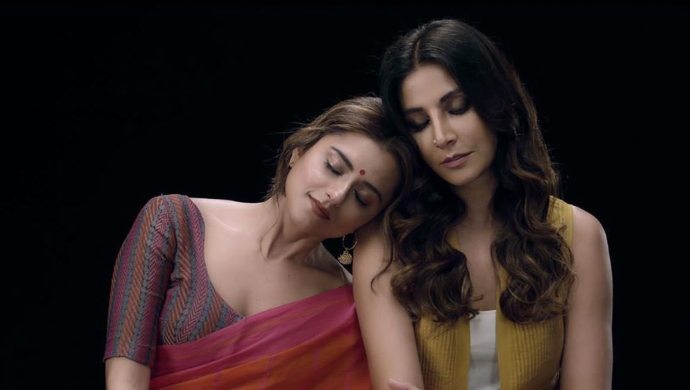 ZEE5 and ALTBalaji’s content collaboration has been a real treat for the web audience with an interesting lineup of web series coming out every month. ZEE5 kicked off 2020 on a high note with The Chargesheet: Innocent or Guilty followed by a military courtroom drama Code M. Following up these exciting releases, ZEE5 and ALTBalaji are now pleased to announce that the filming for their latest show ‘A Married Woman’ is set to begin soon. Based on Manju Kapur’s book, the OTT platforms join hands to bring to you an unconventional love story starring Ridhi Dogra and Monica Dogra. A romantic saga of two beautiful souls that come together beyond societal bounds, the plot is set during the time of political unrest that ensued in 1992. A Supreme Court verdict in 2019 has healed the wounds suffered 27 years ago!

Marking the digital debut of both Ridhi and Monica, the upcoming project features them as Aastha and Peeplika. Aastha is a middle-class Delhi girl, a teacher by profession and a painter by passion. She is the perfect daughter, mother and wife whose life decisions are always taken by others; until she meets Peeplika, whose personality is completely the opposite, an artist who’s never been interested in anything the least bit conventional. A Married Woman essentially revolves around two women who have completely contrast lives and marriages.

Commenting on her web debut, Ridhi said, “I feel really honoured to be the part of a story which is so relevant. It’s not just a story about two women and same-sex relationship, it’s much more than that. As an artist, I really didn’t have any inhibition. I was sure if anyone must make such show it should be coming from Ekta because she is truly a boss babe. I think this is a huge opportunity for me, great space and I am so glad that I waited so long for this one.”

Speaking about playing Peeplika, Monica asserted, “I am super excited about this project as it’s my debut in the webspace. I would like to thank ALTBalaji for believing in me to portray this character. I could not have asked for anything better than this for my digital debut. I have been known as a musician and for having played a few roles on the big screen, but this project gives me an opportunity to showcase my acting skills to the fullest. Apart from a talented crew, I will be sharing screen space with Ridhi who an established actor is already, with a huge fan following. I am really excited to work with her. I hope the audience will like us both in the show.”

Catch Monica Dogra and Ridhi Dogra in an episode of The Greedy Closet here:

The Story From NSG Perspective Should Be Told & Retold: Arjun Bijlani On #StateOfSiege2611