A Table For Two: Mohit Sehgal Bonded With Sanaya Irani’s Mother Over A Rat 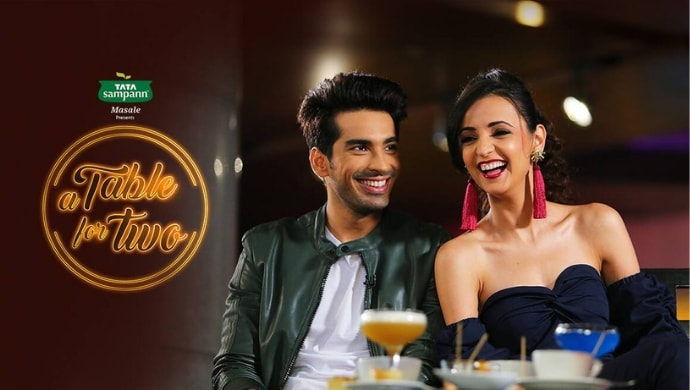 Mohit Sehgal and Sanaya Irani are one of the classic examples of opposites attract. Different as chalk and cheese, Mohit and Sanaya first met on the show Miley Jab Hum Tum. The reel and real couple recently appeared on ZEE5 chat A Table for Two where they revealed that Mohit found Sanaya really weird and crazy initially. Moreover, after the two start seeing each other, Mohit had a rather funny first meeting with Sanaya’s mother which involved a rat.

For the first six months on their show, Mohit thought that Sanaya is really crazy and weird. The actress tried to break the ice with silly jokes and talks but it only made things weirder. But they were meant to be and love found its way! Sanaya revealed that her mommy was over ecstatic when she broke to her that she is dating Mohit.

What followed next was a hilarious encounter in the corridor of Sanaya’s house between the handsome actor and the actress’ mother. It so happened that when Sanaya and Mohit reached her place, the former’s mother opened the door and was catching a rat. A scared Sanaya pushed Mohit inside and locked the door. This was followed by Mohit helping Sanaya’s mum to catch hold of the rodent and eventually caught it between his legs. And the rest, as they say, history!

When asked who amongst them both is better with the in-laws, both Sanaya and Mohit agreed it was the latter.

If you love Sanaya Irani and Mohit Sehgal’s jodi, give the couple a huge shoutout in the comments section below. Earlier, BFFs like Sriti Jha-Mouni Roy, Karan Wahi-Kritika Kamra and Anita Hassanandani-Karishma Tanna have made an appearance on A Table for Two.

In the meantime, watch Ranveer Singh’s film Simmba on ZEE5 and enjoy a fun-filled time with your family.

EXCLUSIVE! Abhay Star Elnaaz Norouzi: A Lot Of People Don't Believe That I Can Speak Hindi