Karan Jotwani and Suhasi Dhami shall continue to play Sahil and Vedika in Aapke Aa Jane Se but the Zee TV show will have a new cast otherwise. 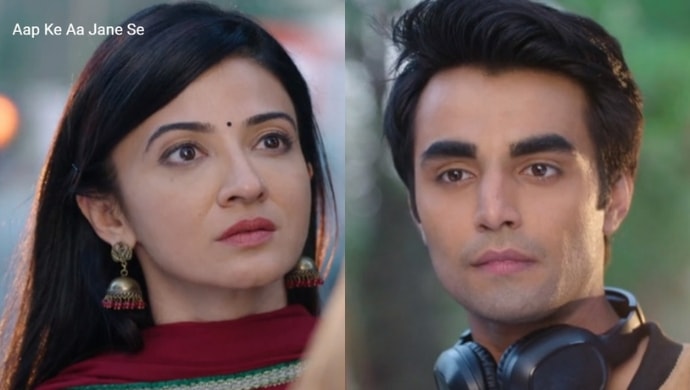 We recently informed you that popular Zee TV show Aapke As Jaane See is set to take a leap. In the latest episodes, we saw Kshitij shoot Sahil and Vedika. The couple ends up dead with promises each other to reunite in next birth. In the latest episodes, we saw that Sahil and Vedika take a rebirth. Although Karan Jotwani and Suhasi Dhami continue to play Sahil and Vedika, the actor mentioned on Instagram that the daily soap shall have a new cast. The narrative shall follow the same theme of age-gap romance nonetheless.

The first season of Aapke Aa Jane Se showcased a love story between a 42-year-old Vedika and a 24-year-old Sahil. Vedika is a middle class, conservative single mother while Sahil was shown as irresponsible, maverick, from a traditional, super-rich business family. In season two of the show, the ‘Punar Janam’ aka Reboot track shall nonetheless stick to its ‘No License to Love’ theme. The upcoming episodes shall portray Sahil as a 24 YO guy who belongs to a rich family of Kanpur. Vedika, 42, is a divorcee who comes from a middle-class family and stays with her parents and younger sister Radhika.

Going forward, we shall see that Sahil comes to see Radhika for an arranged marriage but ends up falling head over heels for Vedika. The hopeless romantic thereafter vows to cross any limit to win over Vedika and her love. Sahil’s family rejects Vedika and instead fixes his marriage with Radhika. A major twist comes in the story when Sahil ends up getting married to Vedika. He is faced with two challenges thereon: 1) To comfort Vedika and win her love 2) To convince his family to accept Vedika as their daughter-in-law.

To add to the drama, Vedika will get flashes from her previous, each time she and Sahil come close. Will Sahil and Vedika remember their past life? Will they get a happily ever after and become second time lucky? Stay tuned to find out more dope on the upcoming twist in Aapke Aa Jane Se.

What are your thoughts about the leap? Share your views in the comments box below.

Just Like Pragya Arora Of Kumkum Bhagya, Sriti Jha Is A Desi Diva Too