Officer Abhay is torn between an investigation that could cost him his job and solving a trail of cyanide poisoning. What will he choose? 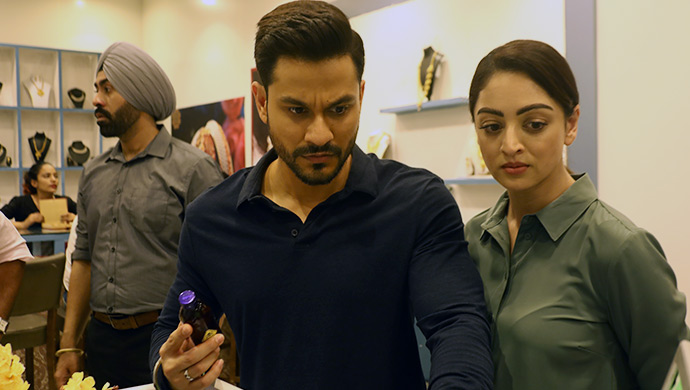 Kunal Kemmu recently made his digital debut with a procedural crime thriller titled Abhay. The ZEE5 Original stars Kunal as Special Task Force officer Abhay Pratap Singh based in Uttar Pradesh. Abhay is a stern cop who takes challenges head-on, while also struggling with skeletons in his own closet. Episode four, Cyanide Poisoning, begins with officer Abhay’s code of conduct and methods of solving crime cases being investigated and interrogated.

The fourth episode deals with a trail of cyanide poisoning! The police raids a jungle wherein they find an aghori baba having intercourse with a woman’s dead body. Soon after he and his fellow mates are brought to the police station for questioning, the man starts to complain of an unbearable itching in private parts. Abhay’s senior Dhingra assigns him to solve the case and verify the arrest of the babas, owing to the media speculation over his recent behaviour. Abhay figures that the babas have nothing to do with the lady’s death and Komal tells Inspector Srivastava to press charges of necrophilia on them.

Meanwhile, Abhay starts looking for clues to these deaths due to cyanide poisoning. His investigation leads him to a jewellery shop, from where he finds out about the murderer. Here comes the interesting and distinguishing part, Abhay is not your regular suspense thriller. Abhay follows an inverted detective format wherein you know who the culprit is, it is all about how they are tracked down. Abhay and his team reach to the root cause of these deaths due to cyanide poisoning and find the person who has been doing them.

Like the earlier three episodes, in this episode too, a sub-narrative runs simultaneously with the main plot. Abhay is paranoid to hear about Govind’s return in the previous episode, however, Natasha asks him to get a hold of himself. The part of the story where Abhay tries to protect his son from Natasha and Govind still remains a mystery. All we know is that there is a deep, dark past that is now rearing its ugly heads into the lives of Abhay and Saahil. Towards the end of the episode, we see Abhay beats up Govind and gets him arrested. Govind even mentions of Abhay doing something to his wife and kid. Does Govind seek revenge upon Abhay? Only time will tell.

Notably, Abhay only gets more gruesome and grimmer with every episode. The level of intensity and thrill multiply, as Abhay oscillates back and forth into his past and present. Nonetheless, the series manages to stick to its theme of heinous crime cases inspired by true events, without coming across as monotonous. It, in fact, explores the various folds in the spectrum of human emotions, unfolding each one episode at a time, making us gasp for breath every time!

Kunal delivers one of his career bests in Abhay, as we have always maintained. He is one of Bollywood’s most underrated actor, and Abhay only further cements our belief. Isi Life Mein fame Sandeepa Dhar is a surprise! She appears in a never-seen-before role of officer Komal, solid and smart. The concept of presenting a fresh story in every episode, gives the series a new spin every two weeks.

So, will Abhay be able to decipher who is this serial killer or will he be distracted by Govind who is back to seek revenge?

Tune in to ZEE5 now and watch Abhay episode 4 Cyanide Poisoning to unravel the mystery!

What are your views about Abhay? Write to us in the comments box below!