Abhi And Pragya To Separate Post Leap In Kumkum Bhagya? Deets On Plot Twist Inside

Reports making rounds on the internet suggest that Abhi and Pragya's daughter Kiara will be killed. Also, it is alleged that they'll have twin girls. 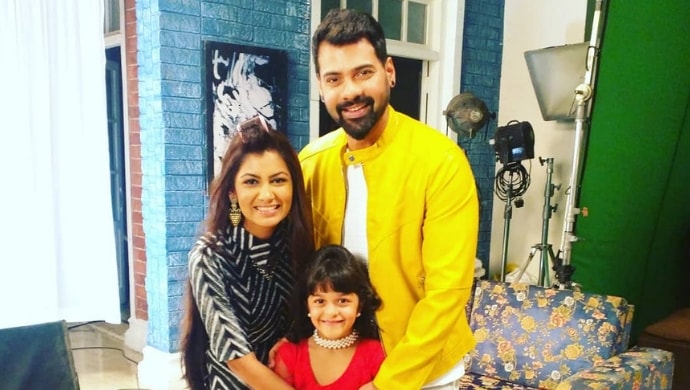 It’s been almost five years since Zee TV show Kumkum Bhagya first went on air. The story revolves around a famous musician Abhishek ‘Abhi’ Mehra who is arrogant and snobbish. However, his personality and attitude take a 360 degree turn when he marries a loving and a simple girl named Pragya Arora. A classic tale of opposites attract, Abhi and Pragya have become the IT couple of Indian television with their passionate romance. Their sizzling affair sends our screens soaring from time to time, reaffirming our belief in true love.

Watch the latest episode of the soap opera here:

After a series of separations and reunions, Abhi and Pragya are back together. They now also have a daughter named Kiara and will soon be joined by a set of twin babies! If reports doing the rounds of the internet are anything to go by, this happy phase is short-lived in the couple’s phase.

In the latest episodes of Kumkum Bhagya, we see that Tanu goes after Pragya’s twins, and hires Nikhil to harm them. However, we see that Kiara recognises Nikhil from a previous accident he had caused, and threatens to tell everyone the truth. In an attempt to save himself from being exposed, Nikhil tries to scare Kiara. Reports are abuzz that Kiara shall be killed in the upcoming track of the daily soap.

Reports suggest that Kiara will be kidnapped and Abhi shall fail to rescue his daughter. Further, they say that the kidnappers shall then end Kiara’s life! The death of their firstborn shall drive a wedge between Abhi and Pragya for the latter will hold her husband responsible for the loss, state recent reports making rounds of the internet. Will Abhi and Pragya lose Kiara? Your guess is as good as ours!

As far as the twins are concerned, reportedly, Abhi and Pragya shall have twin girls. However, the two will live separately post the leap. Kiara’s passing away shall distance Abhi and Pragya, and the upcoming leap will focus on their lives with their twin daughters, suggest reports. If any of these reports bear truth, will the twins too stay separate like their parents? No official statement has been released by the makers yet, howsoever. Guess we will have to wait and watch till we find out the actual plot twist.

Albeit there are multiple predictions and assumptions doing the rounds about the forthcoming twist and turn in Kumkum Bhagya plotline, rest assured, we will keep posting all the latest buzz about your favourite show! Keep watching this space to know more about how Abhi and Pragya will look post leap.

In the meantime, catch up or binge-watch episodes of Kumkum Bhagya on ZEE5.