Achint Kaur On Her Jamai 2.0 Character: DD Patel Is In My Blood Now, She’s In My System

Talking about her character, Achint told us in an exclusive conversation, "DD is a one-man army. She is way more evolved than she was in Jamai Raja." 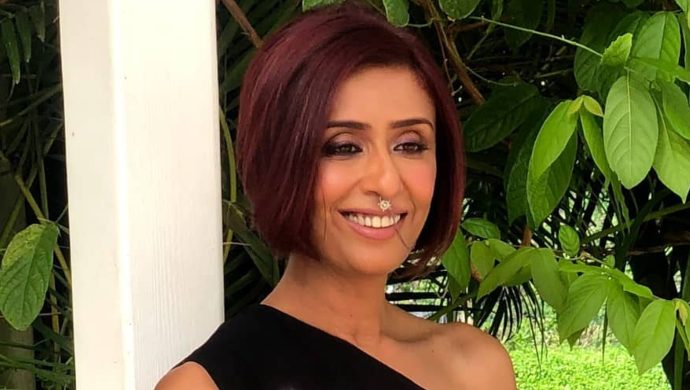 Achint Kaur is synonymous as DD Patel, her character from the popular Zee TV show Jamai Raja. The actress reprises her famous role in the web sequel of the television series, titled Jamai 2.0. In an exclusive conversation, Achint walks us through the changes in her character, the franchise coming on web and more. Read excerpts of the interview below.

Q. What was your first reaction when you got to know Jamai 2.0 is happening?

We have been in touch. When I got a call in February something, when they were planning to make Jamai 2.0, I replied, “Yeah, yeah, we all three will do it.” Nia and Ravi also said the same thing, all three of us spoke for each other. I am so happy we are back together. The minute Ashvini said we are thinking of doing Jamai again, I was like, “hum teeno he karenge.” There are some serials which are yours!

Q. How easy or difficult was it to get back into DD’s shoes?

DD is somewhere in my system now. She is like those antibiotics. She is in my blood! I love her ya, she is mine. There is a lot of pride attached to it, a lot of love. Initially, it always takes two to three days to get into the character, it was the same here also. Luckily, we had a great director. I used to tell Shashant, see this is my thought, let me know it that feeling is coming or not. I think whatever I created makes sense to me and my direction team. When people see it, we’ll know what they think about it.

Q. What has changed from then and now?

The storyline has changed. My character has actually changed a lot. The responses, the reaction – DD Patel is on a different level altogether. More than anything else, the base of her situation has changed. Because the base has changed, the characterization has changed completely.  DD is a one-man army. The way she handles her situation, her business ventures and all, everything is situational about her. However, she is very much real. She can handle anything on her own and she has done till now. The responsibilities for DD are a lot more in Jamai 2.0. Considering the web series is a thriller, everything has been changed accordingly. The way DD speaks has changed, the way she carries herself. In Jamai Raja she was very easy, but now she is a little restrained. That time it was a little more fun, but in the ten episodes, we haven’t reached that level. There is seriousness in the situations, we are establishing the characters.

Suppose Ravi Dubey and I are doing scenes, main tab jo react karti thi wo ab alag hai. DD’s stature is so different and on such a higher level, she cannot stoop to anybody else’s. She is too powerful for anything and she is beyond. She is way more evolved than she was in Jamai Raja.

Have you seen the trailer of Jamai 2.0 yet? Catch it here:

Achint reunites with her Jamai Raja co-stars Ravi Dubey and Nia Sharma in Jamai 2.0. The ZEE5 Original premiered on the platform on 10 September 2019. Till then, stay tuned to entertainment with your favourite films and TV shows on ZEE5.

The Power Of OTT: There Are No Fridays In The Web World, Content Is Truly The King