After the success of Rangbaaz, ZEE5's run of producing the most successful franchises continues with Poison 2 with Aftab Shivdasani in a leading role. 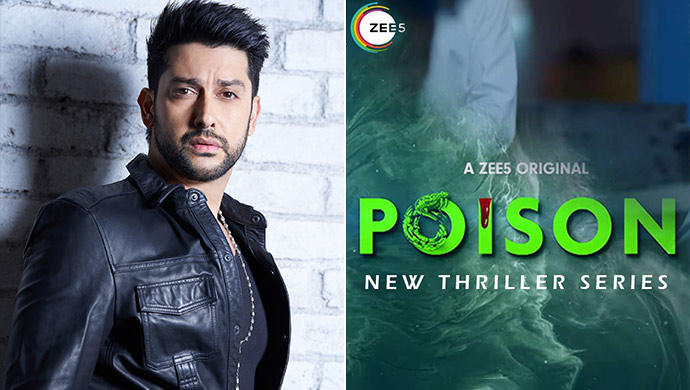 ZEE5, India’s largest video streaming platform has consistently created and presented Originals across languages and genres. The OTT platform has delivered more than 100 Originals since inception (February 2018). 2020 has already kick-started with some big Original film and series announcements. Amongst them is one of ZEE5’s most successful franchises from 2019 – Poison’s second season. Due to premiere in April on the platform, Poison Season 2 has a completely new plot and storyline but has revenge at the centre of it.

A brand-new cast, Poison 2 will mark Aftab Shivdasani’s digital debut. He plays the lead protagonist in the series. Joining him will be Raai Lakshmi, Pooja Chopra, Gautam Gulati and Taher Shabbir.

Directed by Vishal Pandya and Produced by Suzanna Ghai of Panorama Entertainment; Poison 2, a thriller, promises to be as engaging and interesting as Season 1.

Speaking about his digital debut, Aftab Shivdasani said, “I’m quite excited to be part of Poison Season 2 as I’ve always wanted to play an edgy character and the script of Poison gave me just that. I’m also excited to work with ZEE5 as well as Director Vishal Pandya who has been a friend for a long time. Also, the web space is something I haven’t explored so far so I’m happy to explore that too.”

Poison 2 will premiere this April, exclusively on ZEE5