After Seeing Taapsee Pannu As Rashmi Rocket, Sayani Gupta As Hima Das Is Next? 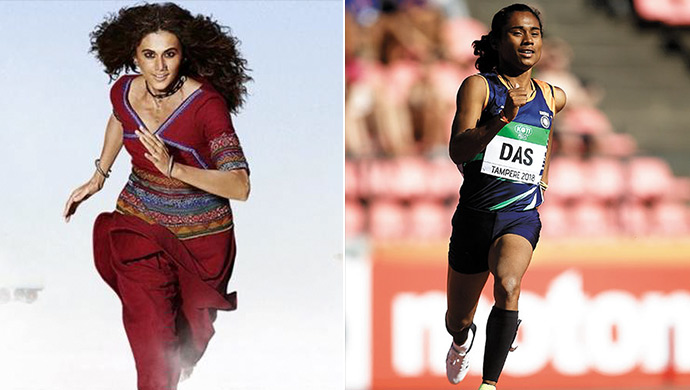 Tapsee Pannu, who is known for picking up path-breaking roles in movies like Pink and Naam Shabana, has done it again. This time she is making all the right kind of waves with the motion poster of her next film Rashmi Rocket. This is a fictional story of a sprinter ‘Rashmi’ from small-town Gujarat who was nicknamed ‘Rocket’. Meanwhile, Posham Pa actress Sayani Gupta has herself been a sprinter and she wants to play another role of a sprinter herself.

Akshay Kumar recently expressed his interest in making a biopic on the life of Hima Das. While speaking to Sayani Gupta about her movie Posham Pa she gloated about her sprinting talent. She mentions this one scene in Posham Pa where she was being chased by cops. Sayani refused to let the body double do the scene and decided to run herself instead.

‘There were like some 5-6 cops running behind me and I ran so fast they all asked me if I was a sprinter.’ Turns out Sayani was actually a sprinter in school. When asked if she would want to do a Hima Das biopic Sayani said, ‘Of course I would. She is amazing. I read another article where they suggested my name for the role and I was so happy with that itself.’