Speaking about Rashami and Siddharth Shukla's stint on a reality show, Gaurav said, "My first instinct is sympathy. I wish them all the best." 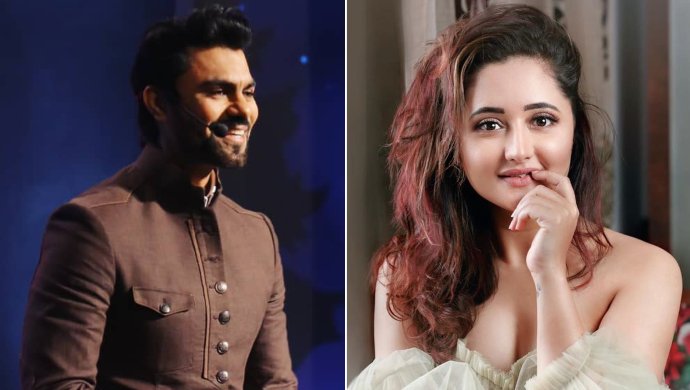 Gaurav Chopraa-starrer finite series Aghori recently went off the air. Recently, we caught up with Gaurav for an exclusive conversation during which he touched upon his former co-star Rashami Desai’s stint on a popular reality show. Expressing his views, Gaurav revealed he is rooting for ‘Mrs. Rathod’ to win and wished her the best. Read excerpts from our exclusive conversation below.

1. Recently, a fight took place between Rashami Desai and Siddharth Shukla on a reality show they are a part of. It led to a debate on social media with armies of both the celebrities tweeting for and against the celebrities. Have you been following the show?

I personally don’t follow the show even though I was a part of it myself on an earlier season. I didn’t even watch my episodes after I was evicted. It’s a sham. It’s all pretentious, everything inside is not true. The worst thing I feel as an actor is that whatever degree of success I have achieved, it is only because of the people who have loved me. Because I am entitled to them for my success, I feel bad that they are taken for a ride. I feel bad that they are manipulated. I feel bad that they are lied to. I feel bad that they are gullible enough to not understand all the drama that happens. As a show it should be watched for entertainment but if you are going to take an annual event of following celebrities and then make up armies and fight, you really should find something else to do with your time.

I feel responsible enough to tell them that please chill. It’s money and it’s work. I know Rashami more than Siddharth. But we are very friendly and warm towards each other in the limited interaction we have had. I want to tell the audience that watch it if you like, but don’t get so bothered by it.

2. Both Rashami and Siddharth have made it this far on the show. Any word of advice for them both?

It’s a tough time to be inside that place. It’s emotionally, physically, psychologically tough. Anybody who is inside, Rashami or Siddarth, of course Rashami is closer to me, my first instinct is sympathy. I feel really bad. I want to wish them all the best. Don’t lost it, take care of yourself, and most importantly take care of your health. Waha khaana nahi hota hai, paani nahi hota hai. It’s not all as nice and hunky dory as it looks. I do want to add that a season that has all celebrities is much better than the season where I was a part of where commoners were introduced for the first time.

3. Rashami or Siddharth – who do you think should win?

I’d wish them both the best. But, I am a little biased towards Rashami. She will always be Mrs. Rathod. Not a single day goes by when I don’t repost stories from the six countries where the show is currently being aired. Mr. and Mrs. Rathod continue being loved. However, I feel bad for people in India because they have seen the show years ago, but I can’t do much about it since the international audience is getting to watch it now and they are even loving it immensely. Pura paanch saal Mr. Rathod Mrs. Rathod ke liye ladte rahe, unhe bachate rahe. So, why not? I’d take her name.

Well, just like Gaurav we wish Rashami and Siddharth both a great inning on the reality show!

In case you haven’t watched Aghori, tune in to the exciting television drama here:

#TeriHoGaiyaan Contest: Get Ready To Shake A Leg With Harleen Sethi And Melvin…

How Well Do You Know Ravi Dubey And Nia Sharma? Take The Rubaru Quiz To Find…

B’day Spl: 5 Reasons Why We Can Never Stop Crushing On Ishq Subhan Allah…

Valentine’s Day 2020 Special: Spread Love In The Air With These 20 Romantic Songs