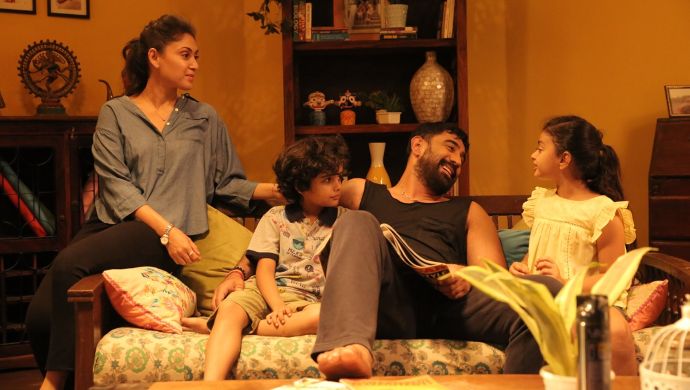 Juvenile delinquency is a serious concern facing the youth of India, and worldwide. There has been an increasing trend in cases of juvenile crime and our country is no exception. Barot House, an upcoming ZEE5 Original film, depicts one such juvenile crime case that shook the nation. Starring Amit Sadh and Manjari Fadnnis, the Bhargava ‘Bugs’ Krishna-directorial releases on 7 August 2019. The promo videos sure have us hooked and booked, but while we wait, let’s take a look at India’s Juvenile Justice System and what the law says.

Juvenile delinquency, also known as Juvenile offending, is the act of participating or executing an unlawful behavior, a criminal offense as minors – anybody below the age of 16 in India falls under the minor category. However, according to a revamped Juvenile Justice Bill, passed in the Lok Sabha on 7 May 2015, minors aged between 16-18 can be tried as adults if they commit heinous crimes. The crime will be examined by the Juvenile Justice Board to ascertain if the crime was committed as a ‘child’ or an ‘adult’. The very involvement of children, majorly teenagers, in criminal activities is a pressing concern.

Here are some key points to note about India’s Juvenile Justice System:

1. The Juvenile Justice Board

The special juvenile police or designated child welfare police officer shall be in charge of any child breaking the law. It is their duty to shall produce the child before the Juvenile Justice Board. After a thorough investigation, the Board shall categorise the crime as a petty offence, or a serious offence. If a child below the age of 16 has committed a heinous offence, the Board can:

A. Permit the child to go home after advice or admonition.
B. Direct the kid to take part in group counselling and similar activities.
C. Order the child to do community service.
D. Fine the child or his/her parents.
E. Leave the child on probation of good conduct.
F. Send the child to a special home for a period of not more than three years.

The constitution guarantees a juvenile offender the same rights as an adult – example, a fair trial. However, adult offenders get bail faster than juveniles because the latter is not punished as such. The state, nonetheless, has to take care of a juvenile offender’s safety and rehabilitation.

The statute is hardpressed for privacy as a right for juveniles, with family, organizations etc also being significantly involved in the case as much as the criminal justice system.

Watch the story of a mother trying to protect her family from violence in Kaafir, a ZEE5 Original. This web-series starring Dia Mirza and Mohit Raina.