All You Need To Know About Kalaripayattu, Shown In Action Film Commando: A One Man Army

Vidyut Jammwal shows off his skills in this popular martial art form, in the film. 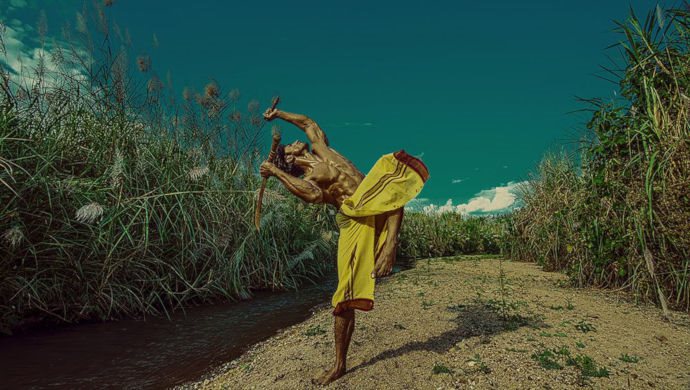 Bollywood has given us varied kinds of action heroes. Where Salman Khan and Ajay Devgn can make people fly with just a kick, Akshay Kumar can make the bad boys cry with his structured moves and high kicks. The gen-next heroes such as Tiger Shroff and Vidyut Jammwal have brought new forms of action to the table.

While Tiger has shown his expertise in martial arts, Vidyut has done the same with Kalaripayattu, which is an Indian martial art form originated in Kerala.

Vidyut floored viewers in Commando: A One Man Army, in which he showcased his skills in this art form by playing Capt. Karanvir Singh Dogra.

Kalaripayattu has 3 schools of style

One doesn't find balance,one has to create it,by knowing what to keep and what to let go.. #kalaripayattu @haiderkhanhaider #balancingfearlessly

Kalaripayattu has three schools of style, that are segregated by their defense and attacking styles. They are Arappa Kayy, Pilla Thangi, and Vatten Thiripp.

You wouldn’t want to miss Vidyut’s Kalaripayattu skills in this thrilling action film!

Carrying on since the 6th century

Kalaripayattu has been carrying on since the sixth century and was developed during the warfare between Chera and Chola dynasties. It is an amalgamation of kicks, strikes, grappling, weaponry and healing methods.

Apart from Commando, this martial art form has been showcased in films such as Padmaavat, Bajirao Mastani,  Asoka, Baaghi etc.

Climb the mountain so that you can see the world,not so that the world can see you..#kalaripayattu #junglee @haiderkhanhaider

The art form is a combination of postures (Vadivu) and steps (Chuvadu). These are eight in number and are named after animals. The poses differ as do the masters regarding the application and interpretation.

In Kalaripayattu, a warrior can kill his opponent by striking him/her at the vital points. This technique is taught only to those that are level-headed and experienced.

Are you keen on learning this form of martial art after knowing the nitty gritties of it? Let us know in the comments below.

Are you a Sushant Singh Rajput fan? Don’t forget to watch his 2018 hit Kedarnath, now streaming on ZEE5.

Watch The Sequel To Commando Where Vidyut Jammwal Takes Action A Notch Higher!