#RomanceThis: All You Need To Know About Rithvik Dhanjani-Hosted Show Aye Zindagi

Aye Zindagi is a Hindi thriller drama television series which presents different stories of youngsters and the problems they face. 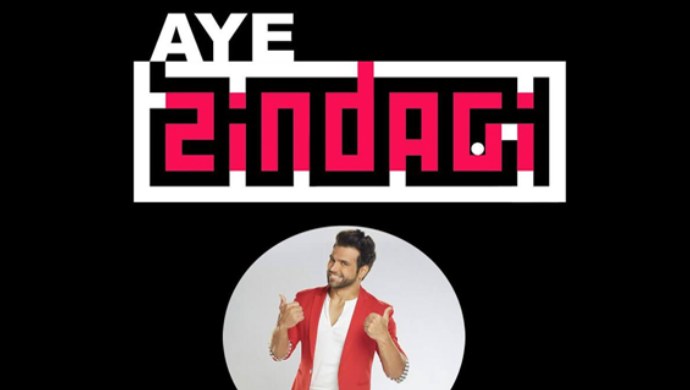 Zing TV channel features humour, animation, spoofs and celebrity lifestyle in addition to music. BBC’s show Aye Zindagi is one of the channel’s prime properties. The television series traces the emotional journey of the youth. It offers a deeper insight into the lives of youngsters and presents everyone with an opportunity to introspect and improve. Pavitra Rishta star Rithvik Dhanjani and actor Namit Paul were seen hosting the TV show.

The thriller drama television series which presents different stories of youngsters and the problems they face. The show brings different stories, inspired by real-life incidents, which depicts the emotional journey of youngsters, peer pressures, societal norms, parental expectation, conflicts and much more. All these factors put youngsters in a situation where it gets difficult to choose between the right and the wrong. It also offers a solution on a possible level to resolve crisis and stand up every time you are pushed down!

In one of the episodes, you will see actors Rohit Sharma and Karan Khanna play brothers, who are into boxing. The gut-wrenching watch depicts the story of two siblings, torn apart by steroid abuse. Veebha Anand, in another episode, essays a phone s** operator. A story of a sister helping her brother become a rock star, while her bond with her father goes kaput forms the narrative of another interesting episode.

There’s always a second chance, is one of the main themes running through the episodes of Aye Zindagi. Watch the show on ZEE5 here:

Exclusive: “The Script Of State Of Siege: 26/11 Grabs You,” Asserts Sid Makkar