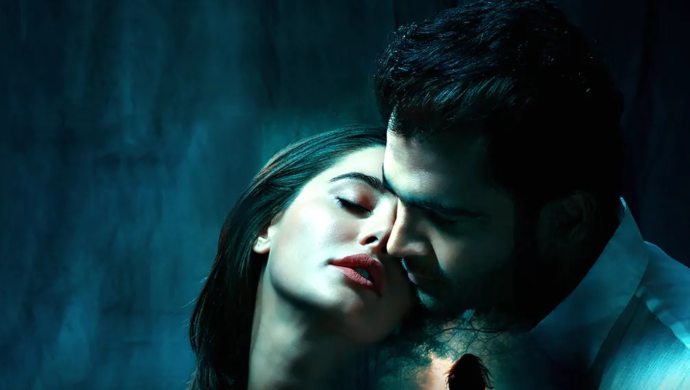 Amavas is a 2019 Hindi horror thriller film starring Nargis Fakhri, Sachiin J. Joshi Vivan Bhatena and Mona Singh. The story revolves around Karan (Sachiin) and Aahana (Nargis) who encounter a series of strange episodes on their romantic trip to the former’s summer mansion in remote England. Their passionate romance soon turns into a nightmare as ghosts of their past begin to reveal the dark secrets of the haunted house. The film is now slated for a world digital premiere on ZEE5 on 5 June 2019.

Catch the trailer of Amavas here:

Directed by Bhushan Patel and presented by Viiking Media Entertainment, Amavas is a scare-fest that will feed on your fear. The trailer of the film begins with Karan apologizing to Aahana and whisking her away to his England abode. Upon reaching there the servant Gotti (Ali Asgar) tells Aahana she shouldn’t have opened the door of the mansion, which was locked by mantras. However, she laughs it off saying there is no such thing as ghosts. But we hear a voiceover go: If there is God, there is evil.

Mona plays the role of a psychiatrist who announces that on the night of Amavas (full moon) the spirit has become even more powerful. We see both Karan and Aahana get possessed towards the end of the trailer. Seemingly, the frightening if effective and promises to haunt long after the lights have been switched on. The horror elements come in combination with thrill and sensuous romantic scenes between Sachiin and Nargis.

Get ready to be terrified, Amavas premiers on ZEE5 in five days!