Amit Sadh: I Am The Most Fearless Man You’ll Ever Talk To In Your Life

Barot House actor Amit Sadh talks about revisiting his past for ZEE5 Original film Barot House, Breathe, having no fears and his television comeback. 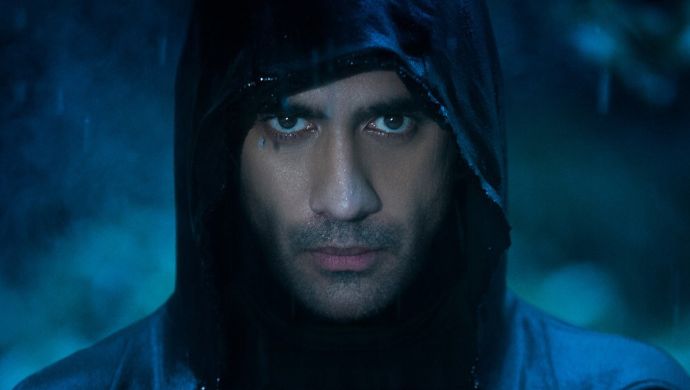 “You might think I am arrogant,” Amit Sadh says as he goes on to explain why he has no fears in life. The actor plays a complex character in ZEE5 Original film Barot House and despite the hectic hours, has but love and gratitude.”We should all be compassionate to each other,” elaborates the celebrity who is pretty kicked these days, admittedly. Amit essays a father for the first time on screen and shares space with Manjari Fadnnis as his wife in the film. It begins on a cheerful note of Janmashtami celebrations but that’s all about it, as far as happiness is concerned in Barot House. Based on a real-life event, the movie has been directed by voice-over-artist, AdMan and actor Bugs Bhargava.

Read on as Amit delves into revisiting his past for getting under the skin of Amit Barot, being fearless, how he feels journey in cinema is similar to cricket and his television comeback.

Barot House is very disturbing…how did you step into the shoes of your character?

I am an actor who takes ownership of what I do. Every character comes with a bit of a challenge, difficulties, stress. The challenge here was to play a father, a husband. Just the complexity of the character and the situation, how the situation throws him and his family off-guard. The credit goes to Bugs, my director, Sanjeev, my writer. It didn’t come easy because it kind of made me revisit my past.

Would you say the experience of Breathe helped you in Barot House?

There is no comparison between Breathe and Barot House – they are two very different characters. My character in Breathe is a lost card, he is more damaged. Of course, the response that Breathe received, the public enjoyed the way I handled it, that kind of made me stick to trying these kinds of roles. I have become a much more confident actor after Breathe. However, I feel my role in Barot House is very different, I have created a new monster.

Having worked across different mediums, what excites you the most about a project?

I think there is too much of comparison and too much discussion. At the end of the day, you are an actor and you have to tell a story. Yes, the reach is different, so for the viewer, they don’t need to make an appointment to watch something on an OTT platform. It’s private. As an actor, whether you are on stage, 70mm or a mobile screen, if you are telling a good story, people will find you wherever you are.

My life is really really busy. There are no off days. I spend more time reading than watching. I like a few genres, stars, and filmmakers, so I try to follow their projects. While choosing a project, the story, and my part in it is what excites me. I feel if the audience would enjoy watching me do it, if it excites them, educates them, then yeah.

Manjari said you are a sweetheart to work with. How was the shooting experience?

Like I said, the shooting was long hours and challenging. Manjari is outstanding as an actor and she is a lovely woman. Even the kids, they are all so good. We all take ownership of what we do and that kind of help in making a great project.

What does Amit Sadh fear in life?

I am the most fearless man you will ever talk to in your life. Darr naam ki koi cheej he nahi hai. We are told about things, only to scare us, I have absolutely no fears.

That fear has ended. Ab main 10 saal tak rent de sakta hu (laughs). A lot of people are taking care of me, loving me – my fans, people who admire my work, journalists who write good things about me, thank you very much to all of them.

You have been a part of some really great films. Does failure affect you?

Some great and some bad! (laughs). They don’t affect me, but they affect my career. It’s like a cricket match if you make slow runs people are like isko retire ho jaana chahiye. Every producer wants to work with a successful actor. However, even though some of my movies don’t work, producers, casting directors are still giving me work. I am grateful to them.

Life has been enriching. I am feeling pretty kicked right now. I believe I have more to deliver as an actor and I hope more people show faith in me and I could continue performing. I hope to play different people, entertain people. I really want to thank everyone, for the way they have been supporting me!

What about a television comeback?

I have nothing against television. If a good story excites me, why not. Agar ache logg honge, agar ache tareeke se kaam karne ke liye taiyyar honge, toh kyun nahi.

If you had a free pass for a day, what would you do?

I don’t need a free pass. I am already doing what I want to do.

Barot House started premiering on ZEE5 from 7 August 2019. Watch the film and let us know what you think of Amit Sadh’s performance in the comments box below.