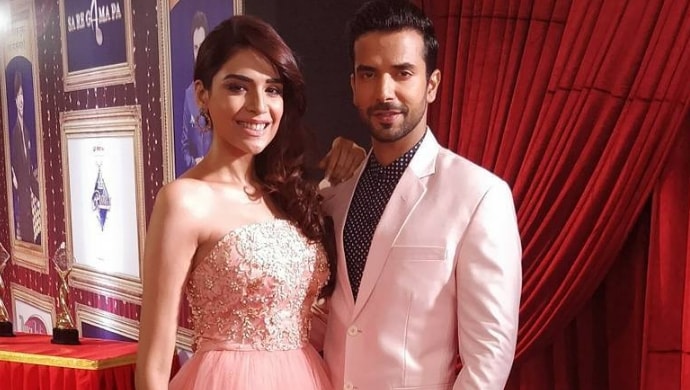 Kumkum Bhagya’s spin-off Kundali Bhagya has been ruling the roost ever since it went on air. Starring Dheeraj Dhoopar and Shraddha Arya, the show has been rated amongst the top five shows in the Hindi GEC category. Be it Karan Luthra’s ‘I am The Karan Luthra’ attitude or Preeta Arora’s beautiful dupattas or Rishabh Luthra’s wisdom or Srishti Arora’s craziness – we love everyone from the daily soap!

The entire cast including Dheeraj, Shraddha, Manit Joura, Anjum Fakih, Abhishek Kapur, and others are like a close-knit family. All of them have dived straight out of a great gene pool, notably. The bunch, however, is a master of many trades. Abhishek for example used to train with Indian National Cricket Team captain Virat Kohli. Anjum is great with words and pens beautiful poems. She once wrote a few verses for Manit on his birthday. Check it out here:

I couldn't help but sharing these heartfelt words of our supertalented, adorable, eccentric friend for life @nzoomfakih You are life itself sweetheart. #poetry #love #celebration #5thjune #gratitude #friends #life

“Suit, boot wala krishna kanhaiyya.” “jiski ek smile se pade hai dil ka dohra” and others lines from the poem only speak volumes of Manit’s female fan following. No two ways about the fact that girls are crazy for him! His character Rishabh is good looking, sensible and sensitive at the same time – ticks off all the boxes we guess.

And if that weren’t enough, he is also a bike enthusiast. Manit boasts of a collection of swanky wheels in his garage. He often loves to enjoy long rides and roams about the city too.

With those good looks and the charm, isn’t Manit the complete package every girl would want? What do you have to say about his character Rishabh? Do let us know your thoughts in the comments section below!

Meanwhile, catch up on Kumkum Bhagya episodes on ZEE5.

How Far Can One Go For The Sake Of Love? Watch Raima Sen's Mehmaan To Find Out