While there are no qualms about the Pavitra Rishta actress' dancing hat, she looks as beautiful as Deepika did in Ram Leela. What do you think? 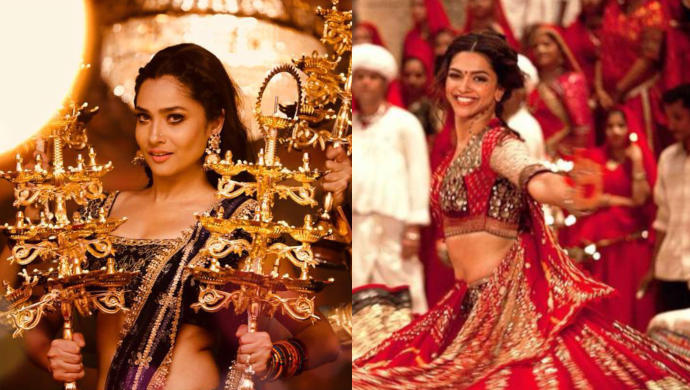 Pavitra Rishta actress Ankita Lokhande recently performed to Nagada Sang Dhol song from the film Goliyon Ki Raasleela: Ram Leela. The leading lady of the popular telly series shared a short clip from her stint on Instagram. We have no qualms about Ankita’s dancing hat, in fact, the actress looks as beautiful as Bollywood actress Deepika Padukone did in the 2013 number! She is dressed in a colourful lehenga, stepping away from signature red and brought to life the Deepika-starrer song.

Check it out here:

Bhansali enjoys a reputation for grandeur-filled cinema and lives upto one in each of his outings. The reason why the song Nagada Sang Dhol from Ram Leela is a classic festival favourite amongst fans even today. Dancing her way to glory in a heavily embellished and literally weighty lehenga, Deepika put her best dancing foot forward. In simple words, she announced her arrival as a multi-faceted performer. Choreographed by Samir and Arsh Tanna, the track certainly juiced it out all from Padukone but she put the band-aid on and kept dancing because giving up is not in her genes you see. She was a wonder we love to reminisce from time to time.

Workwise, Ankita made her Bollywood debut with Manikarnika: The Queen of Jhansi. The historical drama is based on the life of the brave Rani Laxmi Bai, played by Kangana Ranaut. Lokhande featured in the eminent role of Jhalkari Bai. It is after a hiatus of four years, that she finally graced the screen and we are waiting with bated breath!

We’d be lying if we said we could pick a winner between Ankita and Deepika. Thus, we’d leave it up to you and let you decide – who danced better to Nagada Sang Dhol Baje song? Share your views in the comments box.

As A CIA Agent Out To Prove Her Innocence, Angelina Jolie Stuns With Her High-Octane Action In Salt

Kundali Bhagya's Abhishek Kapur Has An OCD, But It's Not What You Think