In the video, Pavitra Rishta actress Ankita is seen dancing to her heart's content with her younger sister to a Bollywood retro song. 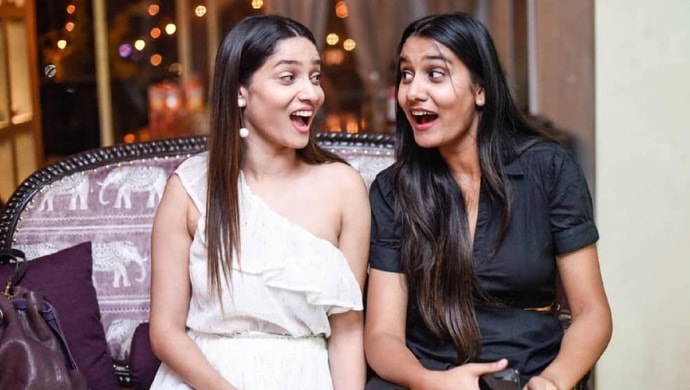 Pavitra Rishta actress Ankita Lokhande has cemented her position as a fashion icon and a great actor in the industry. But, besides stylish silhouettes and fashion-forward fixtures, Ankita’s Instagram uploads feature her brother and a cousin sister. Ankita, who made her Bollywood debut with Manikarnika: The Queen of Jhansi recently, posted an adorable video with her little sissie.

Having a sibling is the best blessing in the whole wide universe. Sure we hate them when the elder one goes all 007 (cue on James Bond-style detective traits) and the younger one steals from our wardrobe. But then what’s life without fights with your brother/sister? Who do you turn to, to fill your pockets? Guessed so! Exactly why Ankita’s happy dance is all things love, laughter, and sibling love. Check out the video here:

“Sisters function as a safety nets In a chaotic world Simply by Being there for each other.” #ashank#littlebigsisters @a_s_h_i_t_a 💋

Dancing to her heart’s content to a retro Bollywood song, Ankita is seen planting kisses on her sister’s cheeks. Immediately, she follows it up with a bear hug! The beautiful television celebrity rose to fame with the portrayal of Archana Manav Deshmukh in Pavitra Rishta. She enjoyed a successful inning of five years on the show until she decided to take a break. Around the same time, Ankita parted ways with her Pavitra Rishta co-star Sushant Singh Rajput.

Her hiatus ended with the role of Jhalkari Bai in Kangana Ranaut’s Manikarnika: The Queen of Jhansi. The historical drama released on January 25, 2018. The Krish and Kangana directorial bagged rave reviews and a triumphant run at the ticket windows. Ankita hasn’t announced her future project as of yet. But her fans sure are waiting with bated breath!

Do you miss Ankita on the small screen? Which director would you like to see her working with next? Write to us in the comments box below.

The Love Triangle Between Shilpa Shetty, Suniel Shetty And Akshay Kumar In Dhadkan Makes For A Riveting Watch

Drashti Dhami On A Table For Two: I'd Never Want To Work With Vivian Dsena Again