Ankur Tewari On Composing REJCTX2: 99% Of Ideas Came From Students Of True School Of Music

Ankur Tewari discusses how they came up with the music for REJCTX 2, his favourite song 'Mady About You', as well as his plans for a coronavirus song. 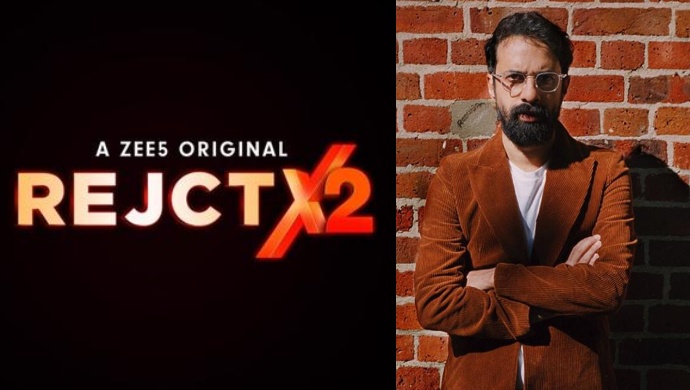 Ankur Tewari, the music supervisor in the hit film Gully Boy ,is also the co-producer of the REJCTX 2 soundtrack, with composer Ashutosh Phatak. He spoke to us about the similarities and differences in composing music for Gully Boy and REJCTX. He also talked about the unique idea of using music students to make songs for a series about students.

1.Did you listen to music from the first season before starting for the second season? What did you gain from it?

Yeah we did, because we referenced it and we realised what kind of world the music is in. It was kind of homework, because Sneha (Khanwalkar) had put in the work in the first season, to figure out how each character would sound. We saw it as homework before forming our own music.

2.Since you and Sneha are friends and a part of the Indie music scene, did you discuss your ideas on the music with her too?

Yes, Sneha and I are really close friends actually, but we didn’t because she is caught up in raising her baby right now. Plus the director, Goldie Behl, wanted us to bring a new perspective to the music so he gave us the scenes and the story and asked us to come up with song choices. He also knew what kind of songs he wanted, so he would immediately know if it was working or not.

3.At the music launch you mentioned that this was one of the rare times you were not given music references and had to come up with unique sounds. What was the process of making the music for this show?

Goldie knew the script well and he is well into this project. He knew what had to be where so he didn’t burden us with references. What he did was tell us how the scenes will pan out. He would talk about the characters. He would help us identify if we were in the right zone and eventually it all worked out perfectly.

4.You are a singer too, so was it a conscious decision to not sing in any of the tracks for REJCTX?

Yes, it was a conscious decision actually. Because in other instances, I would not take this project because the sound they are looking for is different from my sound. But we figured that we could use the young musicians we had. I contacted Ashu (Ashutosh Phatak), and both felt that because the show is about students in school, we felt it would be best to ask students from the True School of Music, to make the music. So we got them to sing, write lyrics, give the original sketches. Then Ashu and I polished the songs and gave it the final touches. But 99 percent of the ideas came from the students itself.

5.Some of the actors in the series also dabbled in music. Did you consider using them for any of the songs too?

Actually I interacted with the younger actors, and found out what kind of music they’ve done. However, all of them went to Bangkok to shoot for the series, so we couldn’t really collaborate with them because they were overburdened with work there.

6.Which one of them do you feel has a talent for music or singing?

They all have their own strengths and weaknesses. Not just in acting, they all funnily enough have a different musical ear. It would have been interesting to work with them.

7.REJCTX is a show about students who connect through music. Gully Boy is about the young rap movement in India. Do you feel like your music is becoming the sound of the younger generation?

I wouldn’t say my music has become the sound of the younger generation. In both these projects, I was only the medium. The real sound came from the musicians and artists. I was more like the casting director, bringing together the voices I thought were perfect for the kind of project. If they had a different kind of sound I would have collaborated with different musicians.

8.Did you find any similarities in producing music for both Gully Boy and REJCTX?

Both, yes and no. In both these projects, I held multiple workshops with the artists; in Gully Boy with young hip-hop artists, and in REJCTX with students from True School Of Music. But they are very different sounds, REJCTX is about students from a high-class school, while Gully Boy was music from the streets. So with such different sounds the project also felt completely different.

9.You also make songs about specific topics like Dhuaan Dhuaan was on the air pollution, or Woh Hum Nahin was about the CAA protests. Will you be making any songs about coronavirus and the lockdown?

So the thing is, I have never sat down thinking I’m going to write a song about a topic. I always write songs about feelings. The emotions we are all feeling right now, at least what I feel, is anxiety and despair. I have written songs about anxiety before, and I have a few more songs on a similar theme that I am planning to make.

10.Do you feel shows like REJCTX become more important because of incidents like the ‘Boys Locker Room’, where parents don’t know what their children are upto and kids are exposed to all kinds of new dangers?

I think any story has to have it’s basis in truth. The more truly a story reflects it’s time the longer it will last. That’s not just because it entertains people but it helps them understand their present and such art will always be relevant.

11.If you had to choose the best song from this album which would it be?

I don’t know why but I have a special liking for the song ‘Mady About You’. It is a quirky song that is quite simple. Even while we were making it, the whole song just came together quite organically. Also it is one of the rare sweet love songs dedicated to a boy so that makes it special I think.

Which was your favourite track from this playlist? Let us know in the comments below. Watch the second season of REJCTX 2 streaming from ] May 14,  2020 only on ZEE5.

The Casino Trailer: Rehana And Vicky Face-Off In This Deadly Game Of Power