Arjan Bajwa On 26/11 Attacks: I Wanted To Pick Up A Rifle And Shoot The Terrorists

Arjan will be seen as Colonel Kunal Sahota, Commanding Officer of 51 SAG, in ZEE5 Original The State Of Siege: 26/11. 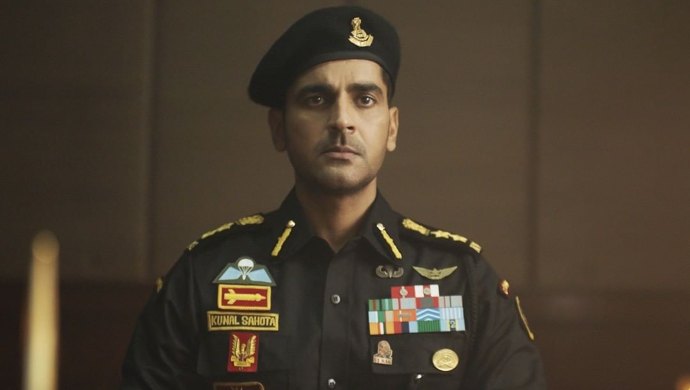 It’s been 11 years since Mumbai was under the siege of ten Lashkar-e-Taiba terrorists, who attacked several parts of Mumbai. Popularly referred to as the 26/11 attacks or 2008 Mumbai terror attacks, the sixty hours still remain fresh in the minds of many, including countless Mumbaikars who narrowly escaped death in those three days. One may argue that the terror attacks have been told and recreated on the screens several times before. However, ZEE5 is all set to retell the story of 26/11 attacks, but from the NSG Commandos’ point of view in a first. Titled The State Of Siege: 26/11, the web series stars Arjun Bijlani, Arjan Bajwa and Mukul Dev amongst others in important roles. Both Arjun and Arjan seemed intensely invested in the shooting process when I met them last week at the ZEE5 #BingeHolidays December 2019 Line-up Launch. Arjan was his dapper self in a black and white bomber jacket, while Arjun kept it cool and casual in a hoodie and funky sneakers.

“What do you recall when you hear 26/11 a decade on?” I ask Arjan. Seated to my left, sporting a crew cut and a stubble, Arjan replies, “I thought it was a gang war. We were supposed to ho to dinner to town side. One of my friends said, let’s not go. We thought it was an encounter or some shootout that has happened. Still, I get ready and they said that the situation seems to be getting tensed because they are putting barricades and all. Then we realised that it must be something serious otherwise why would they put barricades in town. Some of my friends called and asked me to watch TV and see what is happening. I was so angry I wanted to pick up a rifle and shoot them,” he shared with us exclusively.

Arjan will be seen playing Colonel Kunal Sahota, Commanding Officer of 51 SAG, Head of the unit of black cat commandos (NSG) during the 26/11 attacks in the series.

Excited to catch the #SahasKiVijay story? Tell us your view of the attack being retold from the NSG’s perspective in the comments box below.