Sung by Armaan Malik, Kyun Judaa is a heart-wrenching song that demands answers to unsaid feelings. Watch the video from Never Kiss Your Best Friend. 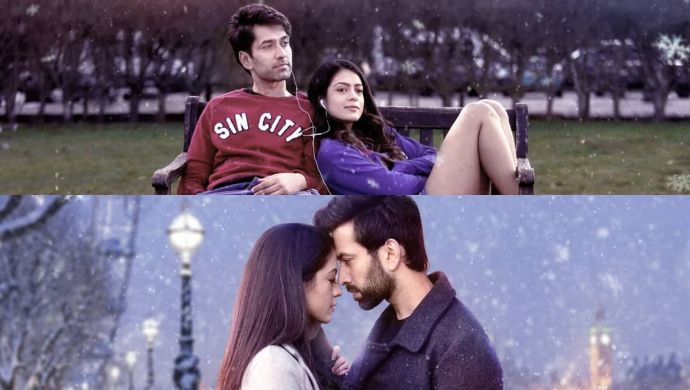 ZEE5 Original series Never Kiss Your Best Friend stars Nakuul Mehta and Anya Singh as the lead couple Sumer-Tanie. After releasing two songs, the BFF anthem Jaane Na Dunga Kahin and the melancholic Jee Na Paunga, the next one out is ‘Kyun Judaa’. Released on 30 January 2020, Armaan Malik has given his voice in it and the lyrics are penned by Yash Narvekar, who has also composed the track. The song is a ballad from Sumer Singh Dhillon’s heart who dearly misses his love Tanie Brar during their period of sorrowful separation. It has flashes of memories that will make you feel his emotions.

The music video opens with Sumer in a sorry expression. He is alone in his car and wishes Tanie was with beside her. The lyrics catch your ear as it questions the phase of distance that occurs in every relationship. It also soulfully captures the reminiscence of Sumer as he recalls the cheerful times he had spent with Tanie in the past. The memories are so constant that he desperately wants to see her everywhere and in everyone. In a shot, Sumer types a text to Tanie saying, kab tak ladegi?, which translates as how long will you fight?  Unable to express his complicated feelings, he deletes the message.

The tone of the song is balladic as it demands answers to unsaid feelings of confusion as to why they are not together. But it also gives out an underlying hope that one day Sumer will meet Tanie and everything will be alright. It makes you realize the value of your partner as well as feel terrible at the loss of a close friend. Probably, this would be the first time a song wrenches and warms your heart at the same time. The music reaches a crescendo of instruments and the video ends with the words “Friends Become Strangers, But The Memories Never Change,” showing Sumer alone on a bench.

Never Kiss Your Best Friend is a 10-episode ZEE5 Original web series and its story revolves around two best friends, Tanie and Sumer, who meet after 5 long years of separation. A heart-warming and relatable millennial story that redefines the rules of friendship, it takes you across two timelines; their youth, when their high-school best friendship and their adulthood when they meet after a long time.

Sumrit Shahi’s best-selling novel of the same name is the base of this digital romantic drama series. Produced by Sarita Tanwar, it is directed by Arif Khan. It also stars veterans Suchitra Krishnamoorthi and Rituraj Singh who play Nakuul’s parents while Niki Aneja along with Vivek Mushran portray Anya’s parents. The music of the series (background score) is given by Pranaay.

Write to us in the comment box below about your views of the music video and song. Check out ZEE5 Originals for more web series.

Celebrate #2XTheLove With Shukranu, Operation Parindey, It Happened In Calcutta…

Exclusive! Shweta Basu Prasad: Shukranu Is About An Ordinary Man In An Extraordinary Time