A story about marital woes beautifully portrayed, this royal love saga is entertainment for the whole family, streaming on ZEE5. 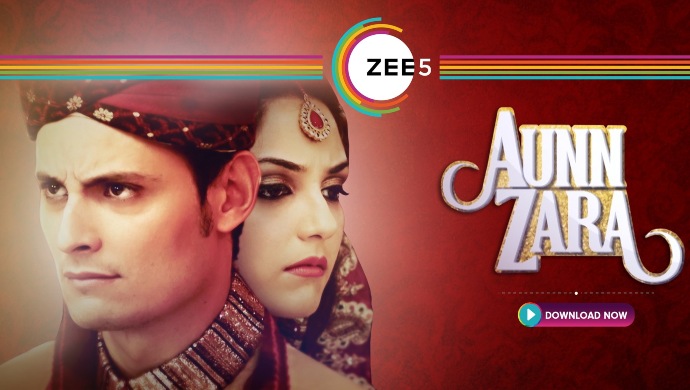 Aunn-Zara which is based on Faiza Iftikhar’s novel Hisar-e-Mohabbat has clarity and poignancy. In this day and age, a play that is not mounding on unnecessary melodrama, sadness, or a redundant plot, certainly stands out and Aunn-Zara certainly does stand out!

The strong female characters in this serial are a complete antithesis to the patriarchal principles that most of us have watched in shows before. After all, Aunn lives in a matriarchal home that is governed by women. Some of the female characters such as Aunn’s mother and aunt have wrecked marriages but they are self-sufficient and belligerent; a progressive plot indeed. Aunn is struggling to break out of the restraints of his overprotective and overwhelming family members. One day while expressing to his best friend Manzar about his muffling family set up, he deduces that marriage would perhaps be the most helpful route to his much-needed liberation. At a wedding, he bumps into Zara, an adamant and enthusiastic girl who is the daughter of a rigid army officer and lives in a house where she is the only female member of her family. Sparks glide when the two come face to face in their first meeting, which ultimately concludes into a marriage of amenity.

You can watch the first episode here:

Aunn and Zara’s romance, on the other hand, is unusual, particularly because it formulates post their wedding. The first awkwardness that crowns into concern, and the tiny instants of intimacy they share, the outcome of which in a simmering tale. A couple’s early honey-moon period is apprehended by the makers honestly and seamlessly.

One of the powerful facts of Aunn-Zara is that the scenes are impactful, and fast-paced and viewers are thankfully spared of the lethargy that usually supports over-stretched and ordinary sequences.The characters are imperfect, that’s why they are extremely relatable. The director Haissam Hussain has portrayed marital woes in a beautiful way.

Though laced with subtle insinuations, Aunn Zara is a delight. It’s a wholesome family entertainer.

You can catch similar shows only on Zee5

You can get Live Updates on Coronavirus Outbreak on ZEE5 News section, streaming now.

Omerta: Here's All You Need To Know About The Daniel Pearl Murder Case!

#PavitraRishta Fund: Signs Of Depression Are Subtle - When To Reach Out And How?