Well, in this scorching heat, Baarish is definitely a must-watch for everyone who is a romantic at heart, streaming on ZEE5 for free. 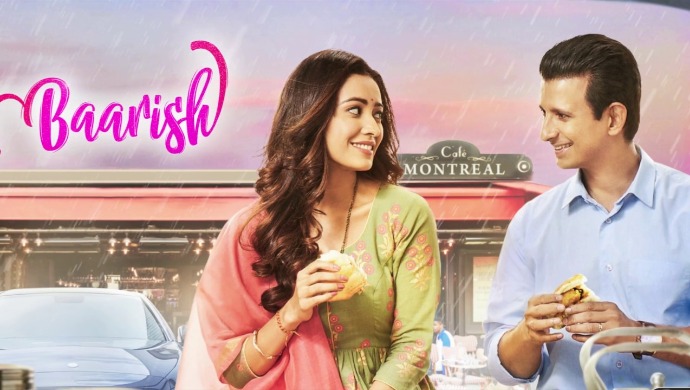 ZEE5 web series Baarish is the same old school romance story packed in a new bottle. The series features Sharman Joshi and Asha Negi in the lead roles. Their on-screen chemistry in the hopeless romantic series spills magic. Audiences can be assured of an epic tale of love and family drama story. The makers of Baarish did not leave any stones unturned in striking the right chord among the audiences. Well, in this scorching heat, Baarish will surely set back the old school romance for the audiences. Both Sharman and Asha made their digital debuts with this web series.

Take a look at Baarish 2 trailer:

During this #lockdown period, ZEE5 has ensured to keep its audiences entertained by offering several movies, original content, shows, music and much more for free. Instead of missing current shows including Kumkum Bhagya, Kundali Bhagya, one can binge watch Baarish which is a dreamy love story of Anuj and Gauravi.

The story of the show revolves around, a rich guy Anuj who has to leave his education midway after his father’s death. Anuj takes over his father’s business of diamond jewellery to another extent. Anuj is a shy person and is still single at the age of 37. He lacks education and cannot speak fluent English. While on the other side Gauravi (Asha Negi) is a middle-class Maharashtrian girl who is an independent strong girl and finds difficulty in searching a groom for her. Gauravi wants to give her salary to her parents even after her wedding. Audiences will witness Anuj and Gauravi’s complexities of life and the hardship of maintaining a relationship. Gauravi works in Anuj’s company and the two get closer when the latter saves her from falling into trouble. Anuj and Gauravi both can do anything for their families happiness. Gauravi’s brother Aniket (Vikram Singh Chauhan) falls in love with Anuj’s sister Shreya (Priya Banerjee) and the two plan to get married. Their families decided to get Anuj-Gauravi married as their siblings can get married after that. Anuj and Gauravi fall for each other eventually. Audiences will witness how the perfect couple gets separated by some misunderstandings.

The episode starts with Gauravi in jail and she narrates her background story to her defence lawyer. The lawyer tries to grant her bail, but Gauravi denies for her husband.

After watching the 20 episodes, we could surely say that we are in for a heartwarming love story that leaves us wanting for more! Monsoon has perfectly played the cupid in Anuj and Gauravi’s life and touches our soul with their exceptional performances.

Directed by Nandita Mehra and produced by Bhairavi Raichura, the series showcases the imperfect love story of a couple. Apart from Sharman and Asha, the entire sub cast did an amazing job and did justice to their roles.

Apart from Sharman and Asha, the stars cast also includes Priya Banerjee, Vikram Singh Chauhan, Shubhangi Latkar, Benaf Patel and Sahil Shroff in pivotal roles. Sahil Shroff pulls off his character of men and rude rich guy while Pooja Banerjee is shown as the perfect spoilt rich girl who does everything her way. Nevertheless, Baarish is a beautiful show which showcases an imperfect love story and gives a treat to all its viewers. Baarish is available for you on ZEE5, watch it right away and do let us know what you think of the series.

Mentalhood’s Karisma Kapoor Gives Her Opinion On Being A ‘Tiger…

Harsh Beniwal On His Role In Who's Your Daddy: Soggy Has Become Part Of My Personality Now