With Varun Dhawan and Divya Dutta's pairing, the film broke this stereotype. There have been other films that have done so in the past. 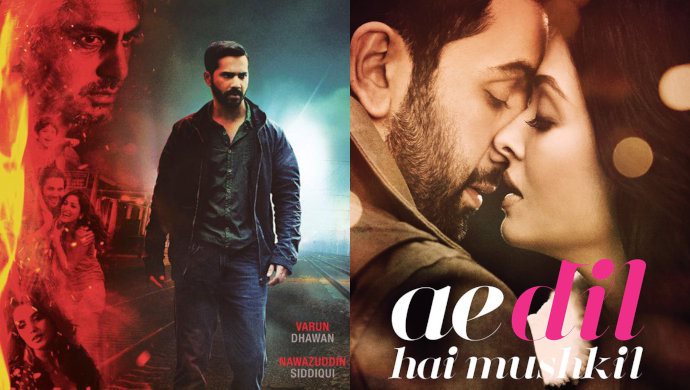 It’s common to find younger actresses working with actors twice their age. We have seen this trend in films starring Salman Khan, Akshay Kumar, Ajay Devgn etc. While the same is accepted with regards to male actors, actresses must bear the brunt of sexism. They are written off after getting married or when being paired opposite co-stars younger to them.

Watch Varun Dhawan’s pairing with Divya Dutta and the sizzling chemistry they share in Badlapur here!

Though we still see glimpses of this culture in the industry, things are beginning to change. Women are being given influential roles and are carrying films on their shoulders, much like their male counterparts.

We are also seeing a change in terms of onscreen pairings where older women are being cast opposite younger actors. Here are films that defined that age is just a number when it comes to crackling chemistry in films…

Varun had limited scenes with Divya in the film, and yet, their chemistry spoke volumes. Their characters Raghu and Shobha develop a liking for each other and are seen getting intimate. The scene is pleasantly surprising as we don’t expect Varun and Divya to share such appealing chemistry.

With Ranbir and Aishwarya’s stunning pairing in Karan Johar’s Ae Dil Hai Mushkil, all most of us could think was-how they have not been paired before! The two made for a gorgeous couple, sharing intimate moments in the film at every chance they got. Ranbir and Ash could give the Raj and Simrans a run for their money.

This film proves that two people need not be in each other’s arms all the time or whisper sweet nothings to each other, to display chemistry. Akshaye Khanna and Dimple Kapadia shared many scenes together, without as much as holding hands and yet, had a believable and pleasant chemistry. Plus, Sid’s (Akshaye’s character) love for an older woman was presented in a dignified way, hence confirming that love has no age.

4. Konkana Sen Sharma and Ranbir Kapoor in Wake Up Sid

Konkana Sen Sharma and Ranbir Kapoor’s pairing in Wake Up Sid was refreshing. The couple’s chemistry was palpable and the actors did justice to their characters Aisha and Sid. This was one of the rare times where a romance between an older woman and a younger boy was accepted and celebrated in films.

Ki & Ka as a film, was all about breaking stereotypes and stigmas surrounding gender roles. Hence Kareena Kapoor Khan’s pairing with Arjun Kapoor comes as no surprise. The actors played unconventional characters and displayed great chemistry.

Which of these pairings do you like the most? Do let us know your thoughts in the comments section below!

Just Like The Couples Above, Janhvi Kapoor And Ishaan Khatter Share Sizzling Chemistry in Dhadak. Watch The Film Now!