Carrying a social message perfectly laced with satire, Badnaam Gali is a ZEE5 original film slated to release on 10 May 2019, ahead of Mother's Day. 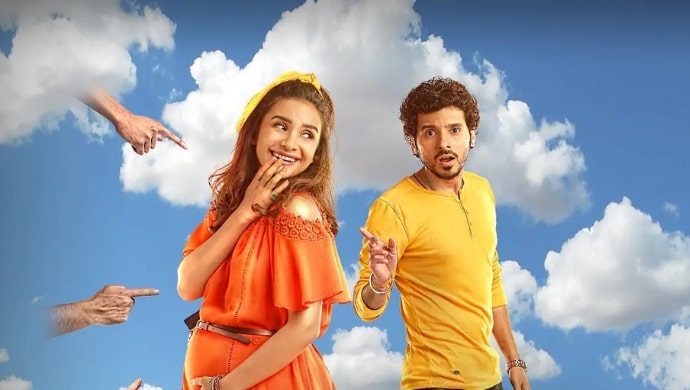 The likes of Shubh Mangal Savdhaan, Toilet: Ek Prem Katha are proof that social message and satire make for an extremely entertaining combination. Badnaam Gali, an upcoming ZEE5 original film, is one such comedy movie carrying an immensely important message. Starring Patralekhaa and Divyenndu Sharma, it is a light-hearted comedy showcasing the concept of surrogacy. The trailer of the film was recently released and going by the video, Badnaam Gali promises a laugh riot to say the least.

The nearly two minutes long clip starts with Randeep Singh (Divyendu) engaging in a verbal spat with his family in a Punjabi heartland. After a heated argument, he decides to leave his town and travels to Delhi to stay with his paternal aunty. The lane where his Bhua Ji (Dolly Ahluwalia) resides is called ‘badnaam lane’ (name of the residential complex in Delhi) because a single pregnant girl Noyonika Ganguly (Patralekhaa) also stays there. Everyone in the lane has different theories about her lifestyle and question her character all the time, cooking up a variety of stories.

The trailer shows Divyenndu’s character as a mechanic who is naive but equally judgemental. Patralekhaa’s Noyonika is a fiery Bengali surrogate mother who isn’t threatened by anyone and uses humour to her defence. The feel of the film, going by the trailer video, is very slice of life, real and light-hearted satire. The use of typical Delhi slangs and Punjabi words definitely adds a volume of spunk and realism to Divyenndu’s Randeep. Both Dolly and Paritosh Sand add equal weight to the script in terms of their quirkiness.

Towards the end of the trailer, we see Randeep gets stuck between his Bhua Ji and Noyonika – one tries to keep him away from the latter who is only being nice to him. Besides the hilarity, Badnaam Gali also addresses surrogacy, an important part of motherhood, especially in the age of low fertility rate. With same-sex marriages on the rise, do you think a womb of happiness can bring disgrace to the gali of a surrogate?

With drama in abundance, don’t forget to catch Badnaam Gali this Mother’s Day 10 May 2019 only on ZEE5!