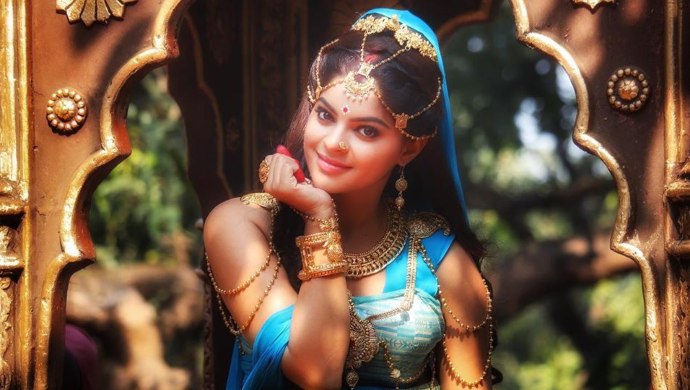 Sneha Wagh boasts of several stints in Hindi and Marathi TV shows that she has bagged into her kitty. The diva  started her career at the age of 13 with Marathi theatre. Adhuri Ek Kahaani, a daily serial on Zee Marathi, marked her  debut on the small screen. She also made an appearance on And TV show, Bitti Business Wali. Now, Sneha is all set to become Anjani, the mother of Lord Hanuman, on the upcoming And TV show, Kahat Hanuman…Jai Shri Ram. Ahead of the launch of the ZEE5 January 2020 calendar launch, we spoke to Sneha about what drew her towards this  project among other interesting facts about this story..

Read excerpts from our exclusive interview below:

1. Sneha, please tell us about the show and your role in it.

On Kahat Hanuman…Jai Shri Ram, we will be focusing on why things happened in a certain way. If Anjani became Hanuman’s mother, then we will unearth the reason behind  this one occurence. Anjani and Kesari were ardent devotees , so we will be bringing out the aura of love and devotion through their reverance. The backstory of why she (Anjani) was a vanari will also be brought to limelight, among other things.

The only thing that plays on my mind on the sets is that main duniya ki sabse achi ladki hoon. The director keeps asking me to   behave like I am the best girl in this world. Jiten listens to bhajans and devotional songs to get into the zone, but I don’t.

2. You have done a historical TV show before. How similar or different is this one from your previous ones?

There is a lot of difference between the two shows . I am a very chulbuli (Bubbly) kind of person, I cannot sit in one place. I am very hyper that way, and am highly energetic. The first and foremost thing I have to do is to calm myself down. I still remember that on the first day of the shoot, I gave about 12-13 takes for a particular shot. I was sitting and wondering what I should do. They kept telling me to not be my real self. So, trying to accomplish that comes with a   lot of homework for me. I have to calm myself down, even my facial expressions have to change in a certain way to suit the character.

3. What made you say yes to Kahat Hanuman…Jai Shri Ram?

When I was offered the show, I asked the makers, ‘What do you plan on depicting differently ?’ I even asked them why they wanted me to play Anjani. The best part about this show is the love and devotion. There is a triangle between Lord Shiva, Anjani and Hanuman. It is a story weaved to depict why Lord Shiva took birth on earth as a human being.This was the first time he took on  a human form and the viewers will get to understand the reasoning behind this and more.. It is believed that Lord Shiva chose to take birth as Hanuman, for the sole purpose of understanding a bond between a mother and a child. .

4. Tell us about your look as Anjani on the show.

I have a very specific look. It’s basically a combination  of a Goddess and a queen. I am a classical dancer, so the best part for me is to put on the alta. I get into that zone.

In the meantime, watch all the episodes of Haiwaan, streaming on ZEE5.

ZEE5 #ResolutionBinge: Here's The Line-up Of Blockbuster Shows On ZEE5 In January 2020

Ghar Grihasti Aur Glamour Awards: The Award For 'Top Secret Wedding Of The Year' Goes To