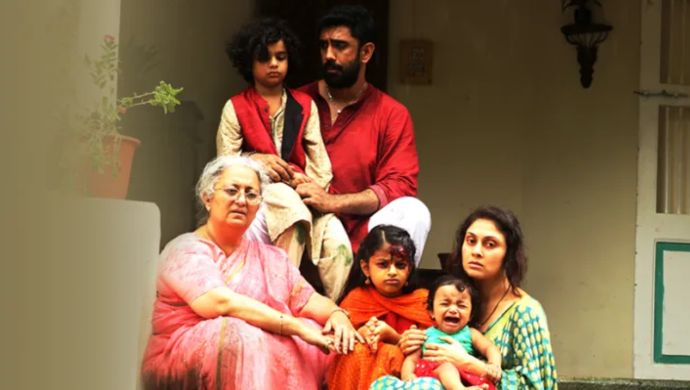 The trailer of ZEE5 Original film Barot House is out and is a sneak peek into the rather disturbing thriller revolving around a once happy family. Amit Sadh and Manjari Fadnnis star in this Hindi movie as a couple with three beautiful children. Their happiness, however, is short-lived after their daughter gets brutally killed and is found dead under mysterious circumstances in the house. The loss of their little girl changes the lives of this family, as each of its members reacts in their own way to the tragedy.

Barot House marks Amit’s first outing in the suspense drama genre. The 36-year-old has earlier let a lasting impression in Kai Po Che, Sarkar 3, Gold and Super 30 adding variety to his repertoire. In the forthcoming film directed by Bhargava ‘Bugs’ Krishna, he essays a father who is his kids’ favourite parent. The gripping trailer shows him transform into an unhinged man, soon after the unfortunate incident. In one of the scenes, he tells his son that he won’t just die of bleeding from a wound while in another, is seen putting a hangman’s knot around the kid’s neck. Watch these scenes in the trailer here:

Manjari, on the other hand, is a phenomenal revelation as a mother. She is a cool mommy who reacts hysterically to her girl’s death. She laughs in a deranged manner in one of the scenes in the trailer while sobs profusely while holding her daughter’s corpse in another. The actress was last seen in 2018 movie Baa Baa Black Sheep. In short, something about Barot House feels very off, and the scenes in the trailer communicate the suspense element effectively.

Bollywood actors and filmmakers including Abhishek Bachchan, R. Madhavan, Daisy Shah, Bejoy Nambiar, and others have hailed the trailer of Barot House on social media and termed it as a must-watch.

Abhishek wished Amit luck and shared the trailer on Instagram

Wishing my brother ⁦@TheAmitSadh⁩ all the very best on this super intense and intriguing trailer and film. You have rocked it as usual brother. pic.twitter.com/O63voeov90

How do u manage to nail every character with such precision?! #mindblown💥 . Can’t wait to watch this 1 @theamitsadh. All the best buddy 😇🤗 #barothousezee5

Wishing ⁦@TheAmitSadh and the whole team lots of love and luck for this…A must watch I guess pic.twitter.com/vKyGLscx6e

Wow … captivating trailer , @TheAmitSadh the last shot of the child and you making the noose is chilling . Looking forward to watching the series on @ZEE5India . Congratulations team #BarotHouse https://t.co/rTxSiDJyxj

Based on true incidents, the gripping thriller premieres on ZEE5 on 7 August 2019. Tell us what you think of Barot House in the comments box below.