Actors like Shahid Kapoor, Amitabh Bachchan, among others on this list, have led some of the best court room scenes. 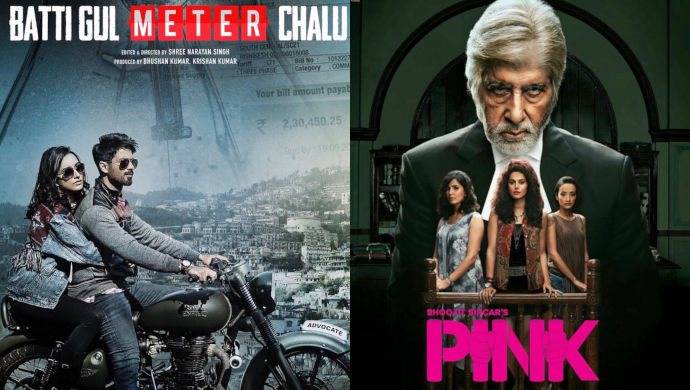 Anything with an uncertain ending is intriguing. It can be a murder mystery, a movie’s climax or a court’s verdict. We may not get to see how drama unfolds in real courts. But we have time and again gotten a glimpse of the same through several films. Of course, the drama in films is exaggerated and spiced up to create interest. But who is complaining, right? There are certain films in which the courtroom drama scenes have made these films the success they are today. Here’s a list of 5 films with the best courtroom scenes.

This film highlights the electricity crisis in India and has engaging courtroom scenes where SK (Shahid Kapoor) is seen fighting a case against an electrical company that exploits his friend Sundar(Divyendu Sharma) by slapping him with exorbitant bills for his factory. Shahid is the star of the film, especially in all the courtroom scenes where he keeps the drama alive with his impeccable acting. Watch out for his monologue at the end.

Pink tells the story of 3 girls who were sexually assaulted and are being bullied by their molesters, into keeping quiet. They decide to put up a fight and Deepak Sehgal (Amitabh Bachchan) takes up the case.

The unique and compelling way in which he defends his clients is worth every penny. Amitabh makes each frame worthwhile with his controlled acting. The most powerful scene is where he reiterates that ‘no means no’ and nothing else.

The film tells the story of a rich brat, who under the influence of alcohol, runs over a bunch of slum dwellers sleeping on a pavement.  The best part? He initially gets away with it. Sounds familiar right?

Jagdish Tyagi (Arshad Warsi) is determined to put the culprit behind bars and takes up the challenging case. The courtroom scenes are a mix of seriousness and humour with Saurabh Shukla evoking laughter as a clownish lawyer. There’s justice towards the end of the film.

But then again, this is just a film. In reality, we are too busy “being human” right?

We have heard of men sexually assaulting women and not otherwise. Hence with Aitraaz, the audiences were intrigued with this different tale, which tells the story of Sonia (Priyanka Chopra) assaulting Raj (Akshay Kumar) but claiming that it was he who assaulted her. The matter is taken to court where Akshay’s wife Priya (Kareena Kapoor Khan) defends him and proves Sonia guilty.

Paresh Rawal gives his career-best performance in Oh My God! that addresses the religious and spiritual exploitation that takes place in our country. It takes a dig at godmen and highlights how religion today has become a money-making business. The courtroom scenes are a perfect combination of hard-hitting and hilarious.

Which of the above court room dramas did you enjoy the most? Let us know in the comments below!

Aitraaz Is Available On Zee5! Watch How Badass Priyanka Chopra Is In The Film