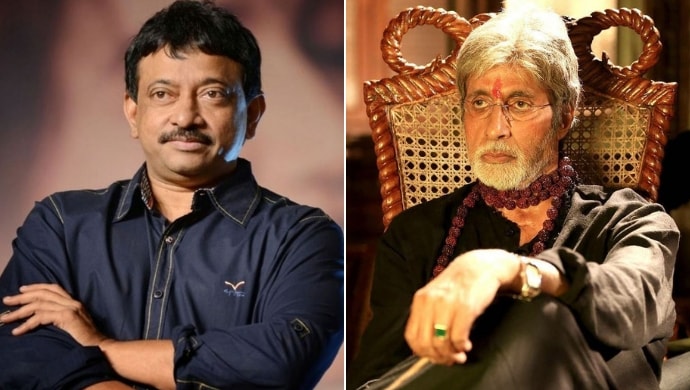 It’s in 1998. Siva starring Telugu megastar Nagarjuna Akkineni and Rangeela featuring Aamir Khan and Urmila Matondkar did the honours of announcing the arrival of a new filmmaker on the block. And with Satya, Ram Gopal Varma only went on to earn the title of the original poster boy of ‘new age’ cinema. The infamous 1993 Mumbai bomb blasts had already made us familiar with the underworld kingpin Dawood Ibrahim and his co., D-company, running a crime syndicate from within and outside India.

Although the world mourned the death of music baron Gulshan Kumar, RGV found himself scrapping some real shots from the debris of surrealism. He dumped these ingenious scoops in Satya. Made merely on a budget of two crores, the crime drama went on to attain cult status, also paving way for success stories of the now immensely famous Anurag Kashyap and Manoj Bajpayee. RGV set an accord that guns and gravel could easily replace dance and romance, and that it was okay to do so.

In RGV’s universe, the sky is the limit. Budgetary restrictions were the only kind of ‘careful’ he knew. But come 2005, and RGV tosses it all in a blink because he now wants to direct the legendary Amitabh Bachchan. But why would Big B break his praxis for somebody who talks about notorious gangsters in his films? Some credit goes to his fantastic art of narration, one cannot just turn him down. Set in the world of Marathi politics, RGV camp-led ‘Sarkar’ won all our votes and came to power all on a Friday itself. But a series of duds after the second installment in the series, Sarkar Raj, got us thinking if Varma still has it in him to direct a cinematic wonder that Mr. Bachchan has been. Add to that the debacle of Aag. But the 2017 film, Sarkar 3, only proved that when it comes to going rash and shootouts – get Ram Gopal Varma. There is absolutely no one better. Who could have thought the salt n’ pepper hair Shahenshah would want to be a law unto himself?

The art of making a ‘khaas aadmi’ realise “ki woh kabhi bhi aam ho sakte hain” remains an unparalleled forte of Varma. The RGV we know and worship is the man who can dig deep into the lives of blood-sworn mafia troops with due heinousness but still make it appealing, winning our whistles, claps and victory dances for his paisa-vasool entertainers. Rounding up his best boys in Sarkar 3, it wouldn’t be wrong to say that the real RGV has indeed stood up, to our expectations, after much waiting.

Which of RGV’s films is your favourite one? Comment with your answers in the box below!

Watch Ram Gopal Varma talk about Bollywood and business with Komal Nahta only on ZEE5!

Saqib Saleem Birthday Special: 7 Things About The Rangbaaz Star You Should Know