Arbaaz, who made his digital debut with ZEE5 original Poison, has hosted Kareena Kapoor, Sunny Leone on his show Pinch. Will Salman Khan be next? 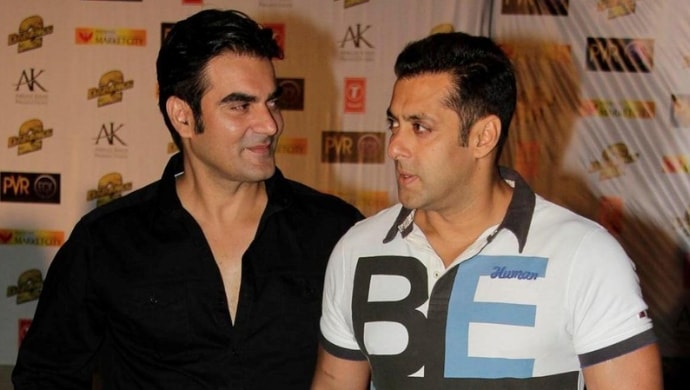 Arbaaz Khan has his plate full with an exciting range of projects. The 51-year-old actor recently made his digital debut with ZEE5 original Poison. Besides, Arbaaz also turned host for a chat show Pinch. While Pinch has seen the likes of Kareena Kapoor Khan, Sunny Leone, Varun Dhawan, and others make an appearance, will Arbaaz manage a casting coup by getting brother Salman Khan?

Speaking to us about the same in an exclusive conversation, Arbaaz ‘assured’ to get elder brother Salman on his show. “I am done with this season. I had to shoot with 10 celebrities, that has been done now. The episodes will subsequently be released in the next weeks. There’s a good chance that if I do the second season, then I can assure that Salman would probably be there.” Well, well, fingers crossed! We are sincerely hoping makers of the show rope in Arbaaz for round two and we get to see the brother’s spill each other’s deepest, darkest secrets on the show!

We also took the opportunity to ask Arbaaz if he enjoyed hosting a celebrity the most. Replying to the question, he said, “No, I cannot say something like that. Because each one I had a great time hosting, it won’t be fair for me to say, ‘oh, this one was better than that one.’ The truth is that I enjoyed working with everyone. It’s something interesting in every interview and something nice told in every interview. And I like the fact that it has been received very well. I don’t have any personal favourites.”

Guess we will have to take his word for that one! Katrina Kaif too recently shot for an episode of Pinch, we wonder if she’d be the next guest! But which episode of Pinch did you enjoy watching the most by far? Let us know in the comments box below!