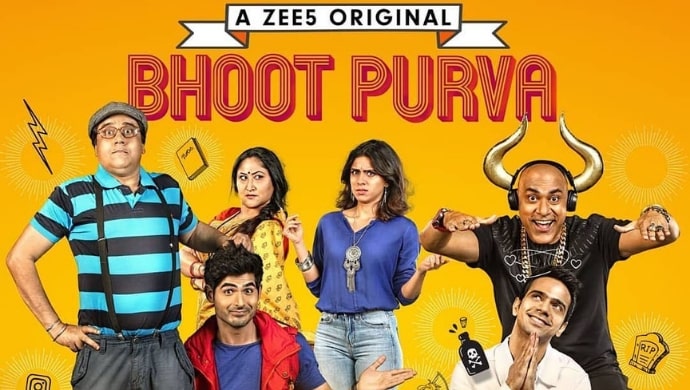 Before you proceed, catch the trailer of Bhoot Purva here:

Laced with interesting plot twists, the series revolves around Aarav Joshi’s quest to win over his lady love Angelina (Zoa), with the help of his human friend Purva. The series begins with Aarav, a young college boy, trying to woo a girl named Angelina. However, after she refuses to accept his proposal, Aarav fakes a suicide attempt. Confusion leads to an ever-busy Yamraj (Baba Sehgal) mixing up surnames and taking away Aarav Joshi’s life instead of a Siddharth Joshi. Thanks to this goof up, Aarav is now waiting to be inducted in either heaven or hell. A string of turns ends up with Aarav entering Purva’s life. Purva is a loser in the eyes of not only his parents but also his neighbours.

The following episodes see Aarav helping Purva earn respect from the members of his locality and family while the latter proves himself useful in uniting Aarav and Angelina. But Purva being struck by eternal bad luck, will he be able to accomplish his goal? Or destiny has some other plans?

The major highlight of Bhoot Purva is that horror-comedy is an impressionable genre to enter. Throughout the series, we see spooky elements, punctuated by satire, tickle our funny bones but also scare us to an extent. A tightly bound script provides a solid backing to the storyline that is packed with hilarity and imagination. Rishab as the wishy-washy, over-sentimental ghost is quite a refreshment from the blood-smeared ghostly figures we see on the screen regularly. Omkar brings his Pyaar Ka Punchnama 2 charm along and drives the episodes to a successful climax. His performance prevents humour to fizz out easily. As for Zoa, her craft has goes from 0 to 100 from the word go. Slipping under Angelina’s skin comes easily to her and doesn’t look like a drag attempt.

Veteran Jayati Bhati is effortless in her stint, as she has always been over the years. Baba Sehgal is Baba Sehgal – we are sold on his catchy rap and that quirky getup of a Yamraj! Anil Mange, last seen in Namaste England and Simmba, proves to be a valuable addition to the cast. The screenplay has enough to make Bhoot Purva more than just a one-time-watch. And we recommend you watch the series with your family and a bucket full of popcorn!

Watch these wacky characters come to life in Bhoot Purva, releasing on ZEE5 on 7 May 2019