Bhram Teaser: Kalki Koechlin Wallows Deep Into A Web Of Illusions In This ZEE5 Original

Haunted by the spectre of her dark past, Kalki essays a novelist suffering from PTSD in Bhram. The web series premieres on ZEE5 on 18 September 2019. 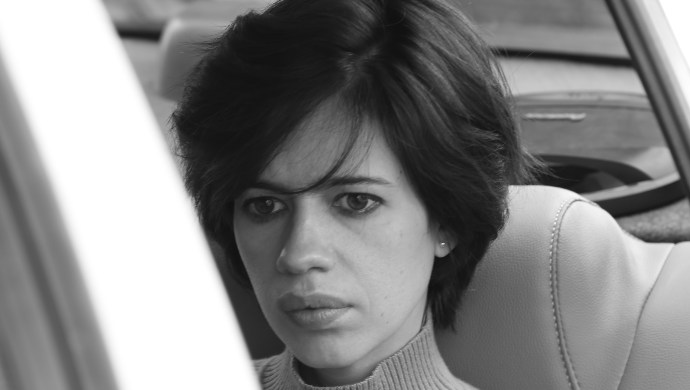 Kalki Koechlin turns a novelist suffering from post-traumatic stress disorder (PTSD) for her next, a ZEE5 Original web series Bhram. The Happy Ending actress shall go through a range of emotions for her role in the psychological thriller. Haunted by the specter of what seems like a dark past, we see Kalki’s character being approached for help by a dead girl in the new teaser of Bhram. The one-minute-long clip shows how Kalki confirms with the girl’s mother that she is dead, however, replies to her saying sometimes people can come back from the dead.

We see Kalki travel to a destination, her character hangs out with those of Bhumika Chawla, Sanjay Suri, and Eijaz Khan. Towards the end of the clip, we see Kalki is scared for her life as a truck is about to ram into her car. But is the dead girl, the truck scenario real or just a figment of her imagination? Find out in the video below:

Bhram is an eight episodes long web series, written by K Hari Kumar and directed by Sangeeth Sivan. Chandan Roy Sanjyal essays a cop in the digital drama. Bhoot Purva actor Omkar Kapoor features as Kalki’s husband in the web series while Vikram Kochhar plays a crucial part. Needless to mention, Bhram seems heavily set in the dark space, weaved strongly around a web of illusions, mysteries, and a strange force. The spine-chilling teaser sure has us intrigued to find out more about Kalki’s character.

Bhram has been extensively shot in Shimla and shall premiere on ZEE5 on 18 September 2019. Stay tuned for more updates and an exclusive sneak peek into the forthcoming web series.

Let us know your thoughts about the teaser of Bhram in the comments box below.

In the meanwhile, watch Aghori a supernatural thriller on ZEE5.