Birthday Letter: 37 Times Priyanka Chopra Proved There Ain’t Nobody Like Our Desi Girl

As she turns 37 today, here’s wishing the omnipresent global superstar and the versatile icon Priyanka Chopra, a very Happy Birthday. 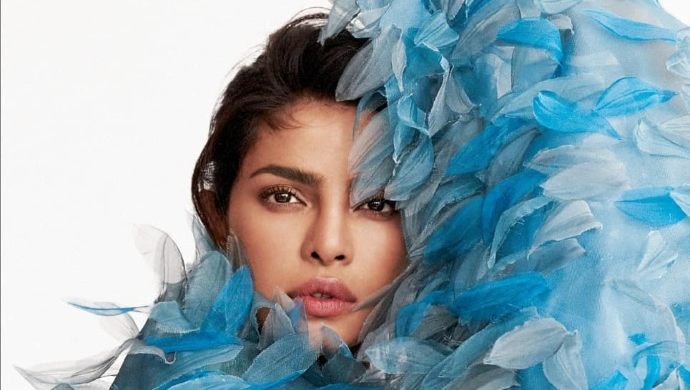 Who’s the hottest girl in the world? My desi girl, my desi girl.

You know what they say, love makes the world go around. Maybe it does, but you know what else makes the world go around? Dreams. Fueled by the fire of your passion and desire, your dreams and aspirations are your passport and visa to go places, literally too. Don’t believe us? Here, sample a young Bareilly girl’s journey conquering Beverly Hills and leaving her footprints all across the globe. In case you haven’t guessed it, we are talking about Priyanka Chopra Jonas. There probably ain’t a country stamp you would find missing on her passport, an achievement unlocked in her repertoire or a stereotype the staunch feminist hasn’t trashed. The birthday girl, who turns 37 today but doesn’t look anywhere close to it mind you, is the woman of substance the tribe should and does look up to. On her special day, we decode 37 facts that perfectly describe Bollywood and Hollywood’s Junglee Billi.

1. An 18-year-old Priyanka entered the beauty pageant only at her mother’s insistence and finished second. Later that year in 2000, she was crowned Miss World 2000 and Miss World Continental Queen of Beauty—Asia & Oceania, the fifth Indian to win the title.

2. Priyanka made her Bollywood debut with The Hero: Love Story of a Spy in 2003. But it was Mujhse Shaadi Karoge and Aitraaz in 2004 that made everyone sit up and take notice. Her negative role of Sonia Roy in the latter film certainly clarified one thing: this girl ain’t afraid of risks.

3. With a streak of blockbuster hits like Bluffmaster!, Krrish, Don, Salaam-e-Ishq and following others, Priyanka soon joined the A-listers, becoming the creme de la creme of B-town. She has been one of the reigning forces in the industry ever since.

4. Priyanka broke the mold with Madhur Bhandarkar’s Fashion. Not only did she attract eyeballs and a flood of offers from every corner, but she also brought home a National Award too, her very first one. At this point, everyone wanted a piece of PeeCee.

5. By the time Dostana happened in 2008, Priyanka was scaling heights in her career. This time, however, she impressed the fashion police with a major style makeover.

6. Kaminey, 7 Khoon Maaf, Don 2, Agneepath, Barfi!  are all proof of her versatility. Suffice to say, experimentation is her safest bet in times when heroines don’t want to try new roles, and she gambles like no other actress in her league.

7. There ain’t a soul who never failed. Priyanka had a lull too, but only to follow it up with a storm. We all know how she changed the very way we look at her after Zanjeer and Gunday, with an impeccable inning. Even her box office flops are record-breaking. She set a new record by playing 12 characters in What’s Your Raashee?

8. 2014 was the beginning of a new era, the new Priyanka Chopra. Mary Kom was landed another National Award in her kitty!

9. Let’s talk about Bajirao Mastani. Agreed, Ranveer Singh and Deepika Padukone are a rage, but we all know Priyanka’s iconic line about her guroor like the back of our hand. ‘Nuff said.

10. Priyanka is the recipient of the fourth highest civilian honour of being a Padma Shri for her achievements in the industry.

11. Priyanka jumped into production with mommy Madhu Chopra and established her own banner Purple Pebble Pictures. They first bankrolled Ventilator, a Marathi film that won several National Awards. She followed up the success of her first venture other regional hits including a Punjabi film Sarvann and a Bhojpuri one, Kaashi Amarnath.

12. Priyanka was truly one of the first Hindi film heroines to bankroll projects while also act in movies at the same time. An ambassador of incredible India, in her own way, she has been rooting for regional talent and successfully bringing them forth.

@instylemagazine, July 2019. Thank you @sabyasachiofficial for flying this saree around the world for this shoot! I love it! And a big thank you to @stylebyami for helping with the curation! Link in bio!

13. Need we even spell how efficiently she has put India on the world map ever since Quantico happened? Our desi girl was used to seeing her faces on billboards in the homeland, so when she travelled to the West, she settled nothing less than a full-fledged American TV series headlined by her Alex Parrish. Talk about dialing the world in.

14. First year in the United States and PeeCee brings home the People’s Choice Award. She became the first South Asian actress to do so and won another one next year too.

15. Bollywood may have been happy about Madhuri Dixit Nene‘s return to the industry after a long hiatus but it was Priyanka who gave her the best tribute if you ask us! The global superstar is set to make an American show based on the life of Madhuri Dixit, IKR.

16. Friends and folks, it’s time to go home. For Priyanka Chopra Jonas here hasn’t left a feat for us to achieve. Be it featuring on Forbes 100 Most Powerful Women list to finding her better half on Met Gala red carpet to becoming the ‘Hottest Woman on Earth’ she has literally ticked all the boxes. So, it was nice of you to try!

17. Oh, you thought all this fame happened after Quantico. Boy, you better take your memory for a jog! Rewind to 2012, released her first international single, In My City, then got us feelin’ so Exotic with Pitbull to finally Young and Free. MAJOR, am I right?

18. Let’s talk of red carpets. She wore the most Googled dress at Academy Awards in 2016, twirled in a red gown like a dancing girl emoji at Emmy’s, added the gold to Golden Globes, set high sartorial standards at MET Gala and…this year in 2019 Priyanka debuted at Cannes looking a million bucks. It wouldn’t be wrong to say, she surely knows how to set a trend, let alone demand attention like it’s confetti.

19. She has dined with former American President, Barack Obama, and was the only Indian actress to attend the royal wedding of British royalty Prince Harry and Meghan Markle. Her lilac outfit and a shimmery gown definitely made her one of the best-dressed celebs at the gala affair.

20. ‘Give a girl the right shoes and she can conquer the world,’ was something Priyanka took quite literally. She is the first Bollywood actor to get her “foot impression” at the famous Salvatore Ferragamo museum in Italy, joining the likes of the iconic Audrey Hepburn, Marilyn Monroe, Madonna, and more. Burn!

21. Did you know the role of Victoria Leeds in Baywatch was initially meant for a guy? It was after the director met Priyanka that it was re-written for her. You see that that’s global domination!

22. A regular on every top American talk show, our homegirl beat Jimmy Fallon to eating hot chicken wings, downed vodka on Ellen DeGeneres show and also doled out #fashiongoals on the side.

23. Priyanka’s December 2018 marriage with singer-actor Nick Jonas has officially made him the ‘National Jiju’ of India. Their social media PDA and stylish date outings have been the mainstay of modern romance and love stories.

24. Priyanka supports education and medicinal causes in India through ‘The Priyanka Chopra Foundation for Health and Education.’

25. She has been a goodwill ambassador for the United Nations since 2010 and has been a part of Girl Rising, alongside Meryl Streep and Anne Hathaway.

26. The Anjaana Anjaani actress has been an active supporter of the ‘Save the Girl’ campaign and is UNICEF a goodwill ambassador too. She often visits refugee camps to spread awareness.

The truth is quite simple…the future of this world lies in the hands of the children of today. But the harsh reality is that there is an entire generation of innocent children growing up right now without any prospects for thier future…these children are affected by displacement due to serious conflict and emergencies in thier various regions. When families are forced to leave their homes due to violence, persecution, and natural disasters, they are torn apart and it's the children that end up suffering the most. The numbers are staggering, yes…but we have to continue to stand for them, in whatever capacity we can as individuals. They are the future and we need to help. Join me and @unicef by clicking the link in my bio to help keep refugee children safe. #AChildIsAChild #WorldRefugeeDay

28. Much before India decriminalized section 377, Priyanka has supported equal rights for the LGBTQA community on record.

29. “I am someone who believes feminism is just a conversation about equality. It is not about hating or berating men. For eons, women have been treated as second class citizens and it’s high time we are given the due credit,” asserted Priyanka. Celebrities often confuse the ‘F’ word but not PeeCee, she has always upheld her own and spelled the forbidden.

30. Priyanka doesn’t ‘air brush’ reality. She takes on trolls like a boss and doesn’t mind cracking a joke on herself.

31. Priyanka isn’t afraid to call a spade a spade. She doesn’t entertain sexism and called out the gender pay gap prevalent in Bollywood.

32. In 2017, she received the Mother Teresa Memorial Award for Social Justice for her contribution to causes.

33. Priyanka is all set to star alongside Mindy Kaling and will be seen as a lawyer in the comedy about an Indian-American wedding.

35. Priyanka even collaborated with YouTube for a show If I Could Tell You Just One Thing, which premiered on her channel. She interviewed the likes of fashion icon Diane von Fürstenberg, sports pioneer Simone Biles and Hollywood actress Awkwafina, exploring female power and thoughts.

36. Priyanka is extremely fun-loving and a self-confessed mad lover. She ain’t afraid of shouting from the rooftops and is always the biggest cheerleader in the room.

37. Priyanka will soon release her memoir Unfinished. It is set for release in 2019.

Send your wishes for Priyanka in the comments box below! In the meantime, Priyanka’s performance at Zee Cine Awards here.

Anjaana Anjaani Is The Perfect Rom-Com For Snuggly Nights With Your Significant Other, Catch It On ZEE5 Now

Sargun Mehta Excited To See Ravi Dubey And Nia Sharma Back Together For Jamai Raja 2.0