In recent Instagram posts, both Sehban and Reem aka Malhar Rane and Kalyani of Tujhse Hai Raabta gave the viral challenge a cute and funny twist. 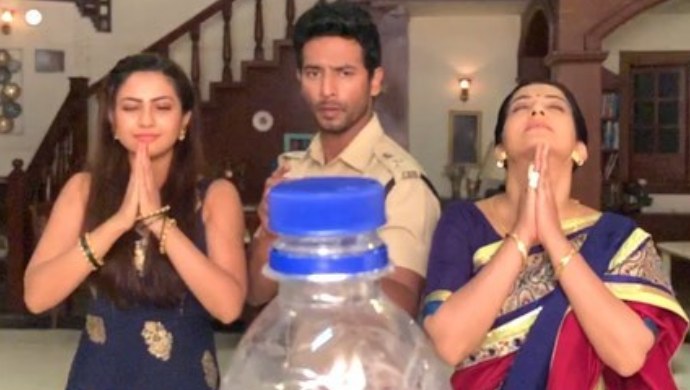 #BottleCapChallenge is trending massively on the internet and videos of celebrities accepting and completing it have been going viral on social media. Recently, Zee TV show Tujhse Hai Raabta actors Sehban Azim, Reem Shaikh and Poorva Gokhale joined the list of stars who accepted the Bottle Cap Challenge. However, while others gave it a serious shot, these three here gave the sensational challenge a hilarious ‘divine intervention’ twist, as Sehban calls it. The video slyly mocks the defiance of logic and rationality we often witness on TV show plots.

“#tujhsehairaabta version of #bottlecapchallenge You can take an Indian out of tv but you can never take tv out of an Indian…” he captioned the video. As Sehban prepares to give a roundabout kick and knock off the bottle cap with his toes, Reem and Purva interrupt him and complete the task with “Hindustani naari ki bhakti ki shakti.” Check out Sehban’s video below:

Let us inform you that Sehban is not the first actor to give the Bottle Cap Challenge a hilarious spin. Earlier, the likes of Sunil Grover, Kunal Kemmu, Riteish Deshmukh amongst others have shared funny clips of the challenge too. Reem, on the other hand, performed the challenge separately too with her reel step-son Moksh aka baby Arzaan. “#bottlecapchallenge with my Raabta baby Pillu,” she wrote alongside the video on Instagram. You can watch the super adorable clip featuring Pillu and Kalyani here:

Bhabi Ji Ghar Par Hain star Shubhangi Atre Poorey too took up the #BottleCapChallenge and “Ainvayeeee” performed a comic version of it. Take a look at her video below:

The #BottleCapChallenge is the latest challenge to have taken the web world by storm. To complete the challenge, one must knock off a loose bottle cap with a roundabout kick, but the bottle should remain as it is.

Have you taken the #BottleCapChallenge yet? If yes, share your videos with us in the comments box below.

You can now catch up on ICC Cricket World Cup 2019 updates anytime, anywhere only on ZEE5.

Varun Mitra: Thanks To People Like Sunil Chhetri, Football Is Getting Eyeballs Now