Broken But Beautiful Season 2 Trailer: Veer And Sameera’s Story After Happily Ever After

Broken but Beautiful Season 2 takes forward the story of two broken souls - Veer & Sameera. After healing from their past, will they find love again? 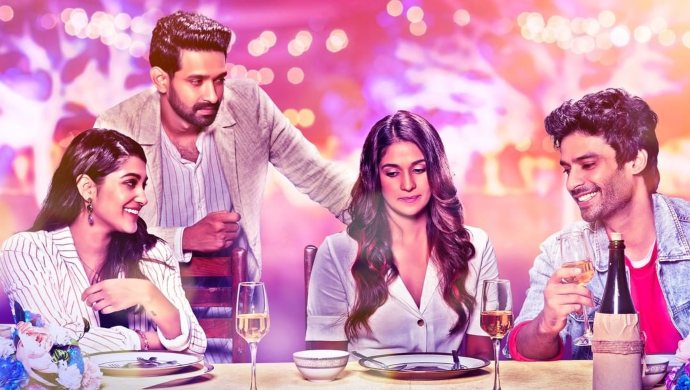 Broken But Beautiful was one of the few web series that delved deeper into what happens after a breakup. The digital drama starred Vikrant Massey and Harleen Sethi as the lead characters Veer and Sameera. Veer battles anger management issues while being in a delusional relationship with his dead wife. Sameera, on the other hand, turns into a psycho, stalker ex-girlfriend after she is dumped by her beau for someone else. These two broken beyond repair hearts cross paths, and a spark in them comes alive again. Do Veer and Sameera enter into a relationship after helping each other overcome their past? Broken But Beautiful Season 2 is the answer!

The ZEE5 Original and ALTBalaji Original explores the lives of Veer and Sameera after moving on. Sameera moves on to a relationship with Ahan (Gaurav Arora), a positive and happy-go-lucky man.  Gaurav Arora was earlier seen in movies like Raaz: Reboot and Love Games. Veer develops a strong friendship with Debbie, a wine sommelier who loves life. Anuja Joshi, who makes her web-series debut with this show, plays the role of Debbie.

The trailer of Broken But Beautiful Season 2 was dropped on Friday, much to the delight of the fan family. The clip shows that both Veer and Sameera are leading a happy life with respective new partners, until they cross paths. Soon after their meeting starts all the drama, cry fest, confusion, and a passionate romance…maybe, maybe not. Seen the trailer yet? Watch it here:

Broken But Beautiful Season 2is a ZEE5 Original also stars Sameer Roy, Akriti Singh, Pooja Bhamrah, Jitin Gulati, Poppy Jabbal, Nikhil Sabarwal, and Meherzan Mazda. Veer and Sameera are back but with new partners in their lives. While Sameera is with Ahan, Veer is dating Debbie. Will Veer and Sameera, the two broken pieces of a magnet get together once again? Don’t forget to catch Broken But Beautiful Season 2 on ZEE5 from 27 November 2019 onwards to find out.

What do you think – can two broken hearts heal each other and enjoy a happily ever after? Does #LoveFindsAWay? Let us know in the comments box below using the hashtag.

International Men’s Day: 5 Role Models From TV, Films, And The Web For Man…