Starring Anupam Kher, Dev Patel and Hollywood actor Armie Hammer, this movie focuses on the bravery of the hotel staff at The Taj Hotel. 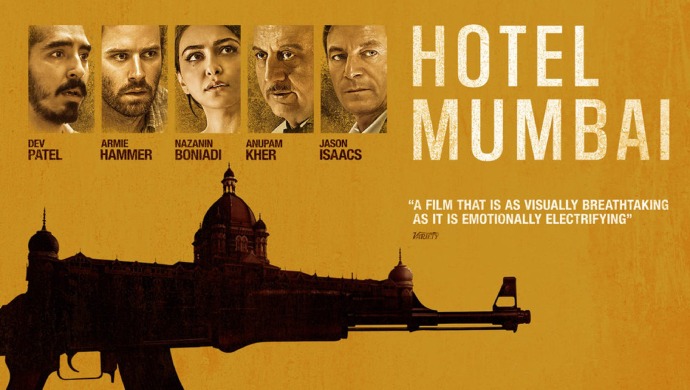 This Republic Day, ZEE5 takes the oath of being the Republic of Entertainment and provide entertainment that is not discrimination towards a language, genre or style. The latest release ‘Hotel Mumbai‘ is the first step in that direction. This English movie stars Anupam Kher and Dev Patel along with Hollywood actors like Armie Hammer. It is also dubbed in Hindi, Tamil and Telugu.

We celebrate Republic Day to honour the establishment of Indian constitution. While the Prime Minister rewards Indian citizens for their extraordinary acts of bravery at the Rajpath, ZEE5 is honouring the bravery shown by the civilian hotel staff at Taj Hotel during 26/11 attacks with ‘Hotel Mumbai’.

Watch the trailer for the movie here.

Anupam Kher plays the role of Hemant Oberoi, the head chef at Taj Hotel during the 26/11 attacks. In a recent interview, Hemant Oberoi recounted the events of that night where he lost more staff members than guests and said, “We lost so many young chefs that night — I can never forget them.” Dev Patel plays the role of a dedicated waiter who puts his life in danger to protect the guests.

Armie Hammer (Call Me By Your Name) and Nazanin Boniadi (Homeland) play the roles of a foreign couple expecting a child. They are on a holiday in Mumbai when the Taj attacks take place. The film also stars Suhail Nayyar (Udta Punjab, Life Sahi Hai) as a terrorist and Aditi Kalkunte (Nanu Ki Janu) in a vital role.

The story begins right from the time when the terrorists arrive at the shores of Mumbai and move towards their targets. The Guardian described this movie as a ‘white-knuckled thriller’. Times Of India describes Hotel Mumbai saying, ‘Not for a moment can one breathe easy, feeling as claustrophobic and knotted up as the characters.’

Watch this movie about the sacrifice of common citizens like you and me, made for the country. Here’s a song from Hotel Mumbai to revive the feeling of pride for your country on Republic Day.

Looking for more things to binge-watch on ZEE5? Here’s a list of 10 original series and movies you should check out.

Arjan Bajwa On 26/11 Attacks: I Wanted To Pick Up A Rifle And Shoot The…

The Casino: ZEE5's Next Big Bet To Star Karanvir Bohra And Mandana Karimi