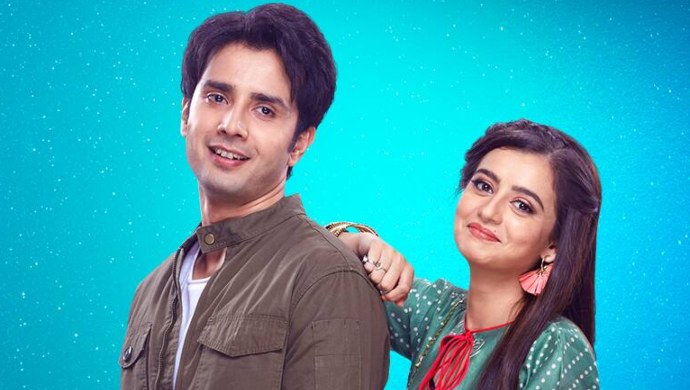 Chahat Pandey is known for her small but poignant roles in leading television serials. The gorgeous actress recently bagged her first show as a lead star, Zee TV’s Hamari Bahu Silk. She essays the role of a sweet and simple girl Paakhi Joshi opposite Ek Tha Raja Ek Thi Rani actor Zaan Khan who plays Naksh. In a recent interview with an entertainment news portal, Chahat spilled the beans on her character Paakhi, working with Zaan and the TRP ratings of her show.

“I am really enjoying playing the character. Pakhi is a bubbly mature gal who goes through a lot after the death of her father. I am really happy with the love and positive response so far,” Chahat told the portal when asked about playing Paakhi. Albeit the daily soap has been on the air for just two weeks, “we have risen from 0.8 to 0.9, so there is growth,” she asserted.

Talking about her co-star Zaan, Chahat replied to the portal saying, “He is great fun and a cooperative guy.” With an experience of some extended cameo appearances, Chahat said that she is in for the long haul. “I always knew that I had the lead material in me. But I did not think it would happen so fast. You can never predict these things. Having said that, essaying a lead entails a lot of hard work. But, bring it on, as I am in for the long haul,” Chahat told the portal.

The actress further mentioned in her interview to the portal that she did face issues initially when she became to Mumbai but got a hang of the technicalities soon. However, Chahat feels you’ve got to have it in you to make a mark. “No, performing art cannot be learnt. You need to have it from inside like in my case, but yes, you can groom yourself to learn how to face the camera and better your diction. All said and done, everything boils down to experience, which only years in the field can give you,” Chahat told the entertainment portal.

Chahat’s character in Hamari Bahu Silk is a young Paakhi, who is hardpressed to find a job to provide her family of two with food and shelter. Thus, she takes up the job of an assistant of a B-grade superstar Natasha, but it doesn’t end with that. To know more about Chahat Pandey, click here.

As for all the dope from Hamari Bahu Silk sets, we’d suggest making this your one-stop destination. Come back for the latest videos and inside scoops from the show’s sets right here!