D.A.T.E is a ZEE5 original short film starring Shama Deshpande and Shakti Anand. It is about an elderly woman who appears for her first job interview. 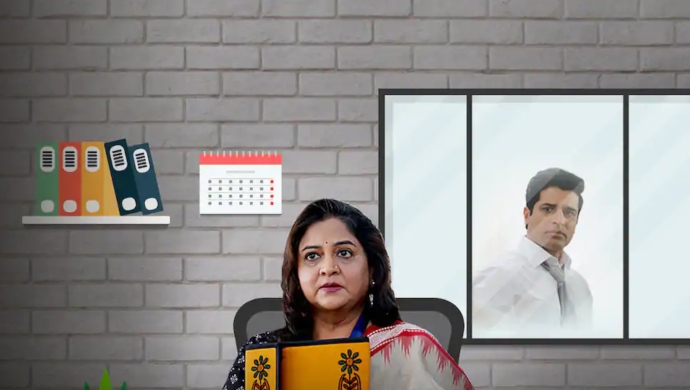 A woman can do anything. Sai Deodhar Anand‘s new directorial venture, D.A.T.E. a ZEE5 original short film, is a beautiful reminder of the same. It is a heartwarming yet heartbreaking movie at the same time. The story is hopeful but also reflects on the tragedy the ignorance homemakers are met with it. Anyone who has had a housewife mother will instantly relate to this pleasing narrative.

Starring Shama Deshpande, Shakti Anand, and Iris Maity, D.A.T.E. showcases the rare quality we see in a cinema – substituting with melodrama with subtlety. Sai uses the quirks and journey of her female protagonist to put forth a sweet, simple life story. She lets the veteran actor set her foot on the paddle and embark on a glorious 12 minutes 42 seconds. The simplicity is what makes the saga so relatable, with significant contributions from honest writing that leave behind smiles.

At just about 13 minutes, D.A.T.E. is a sheer delight. No character leaves their zone even for a second, no scene looks unwanted and no dialogue looks rushed or forced. Sai seems to have borrowed nuances from her surrounding to bring to life, Mrs. Sharma. The best thing about his alluring short film is that it speaks a common language – thus, it is workable, extremely.

The quality of a wife, mother and a daughter-in-law putting her career and choices on the backseat is not news to Indian society. Having said that, it is not at all demeaning or lowly to consider pursuing a career at an age when the world wants you to retire. The nervousness in Shama’s voice as she struggles to put words together for her first job interview only adds to her screen persona. Shakti plays Shama’s son and the boss who is shocked to see his mother appear for an interview at his company. But he plays her professionally till the end, refusing to have lunch with her. A charming son and a supermom is a winsome pairing.

By the time the film ends, we can safely assume Sai has put in more heart and soul than calculation and technicalities in the film. Mother’s Day or not, you should definitely watch it!

Catch the story of India’s first stuntwoman Reshma Pathan in The Sholay Girl on ZEE5 now!