Dance India Dance season 7 premiered on 22 June 2019. In case you missed watching the episodes, here are major highlights from the Kareena Kapoor show 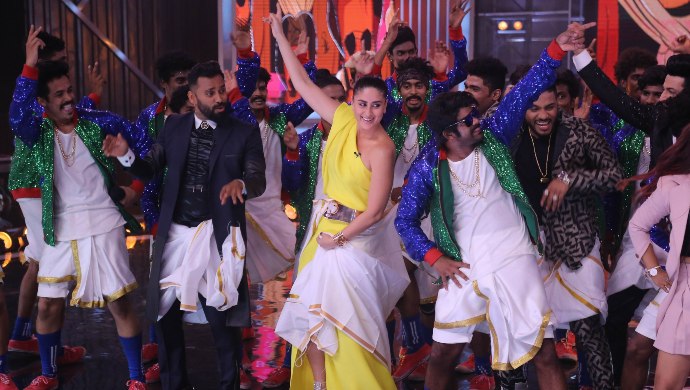 Dance India Dance first featured on television in 2009 wherein dancers from various parts of the country were chosen through rigorous rounds of open and mega auditions to test their talent. This year DID gets bigger, better and all the more exciting as it has a 360-degree arena stage equipped with 120 cameras, the spectacular and an all-new format shall capture every move of a dancer. As the first two episodes of the show went on air, check out major highlights from Dance India Dance premiere:

Jab Kareena met Bosco and Raftaar on the DID stage, the superstar recreated her iconic dance number from Jab We Met – Mauja Hi Mauja! The judges were in the grooviest mood clearly.

This spectacular performance from Loyola Dream Team, lungi dance with #Kareena and many exciting moments like these will leave you awestruck this evening! Tune in to Zee TV today at 8 pm to watch Dance India Dance. #DanceKaJungistaan #DanceIndiaDance #BattleOfTheChampions #KareenaKapoorKhan

I mean, what a debut?! Kareena was in all her element as she shook a leg with almost every contestant that took center stage. Loyola Dream Team from South Ke Thalaivas zone left Bebo awestruck, so much so that she couldn’t resist joining them on stage and dance to Chennai Express song Lungi Dance.

A performance that broke many stereotypes! Tune in to Zee TV today at 8 pm to watch Dance India Dance. #DanceKaJungistaan #DanceIndiaDance #BattleOfTheChampions #KareenaKapoorKhan

The Soul Queens troop from South Ke Thalaivas gave a spectacular performance and made Kareena go “Uff!” The Veere Di Wedding star applauded them for breaking the stereotype that girls cannot do hip-hop.

India's one and only Kings United's Hardik is all set to win your heart in India's biggest dance battle! #DanceKaJungistaan #DanceIndiaDance #BattleOfTheChampions

Hardik Rawat belongs to King’s United, an Indian hip hop/stunt/theatrics dance group from Mumbai. In 2015, they became the first Indian group to win a medal at the World Hip Hop Dance Championship held in San Diego, California. All the judges thanked the performer for making India proud and being a part of DID.

Mansi of West Ke Singhams walked away with a standing ovation for her very first performance on Dance India Dance season 7.

Which was your favourite performance from this weekend’s episodes? Tell us in the comments box below. Don’t forget to watch Dance India Dance 7 on ZEE5 every Saturday and Sunday at 8 pm!