The Kundali Bhagya actor pouted for a selfie with Kareena Kapoor Khan on Dance India Dance 7 sets and we can't decide who did it better? 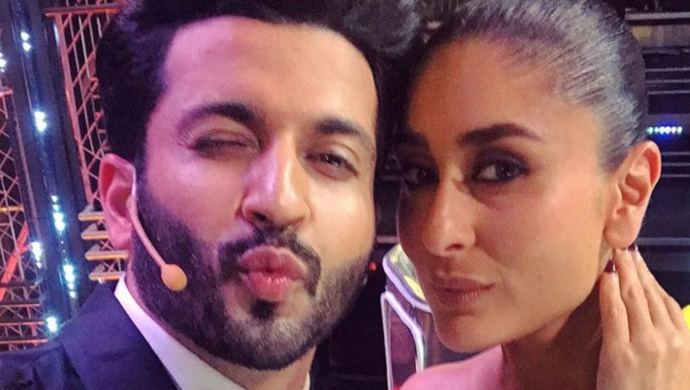 Zee TV recently announced the seventh season of its hit dance reality show Dance India Dance. The television series shall mark the small screen debut of Bollywood superstar Kareena Kapoor Khan. Choregrapher-turned-director Bosco Martis and rapper Raftaar shall join the actress as co-judges on an all-new season. Titled Dance India Dance: Battle of the Champions, Kundali Bhagya actor Dheeraj Dhoopar has been roped in as the host of the show. Recently the judges and Dheeraj kickstarted the shoot of Dance India Dance 7. Pictures and videos from the sets have already sent fans in a frenzy!

A picture shared by Dheeraj with Kareena is breaking the internet in how! Pouting alongside the B-town ‘pout queen’ Bebo, DD captioned it as “L.O.V.E.” on Instagram. He is seen wearing an embellished black blazer while Kareena is ‘Little Miss Sunshine’ in a yellow one-shoulder dress. Check out the viral selfie here:

Dheeraj’s wife and actress Vinny Arora Dhoopar, shared the same on her Instagram and called it her ‘dream come true.’

Speaking of sharing the stage with Kareena, Dheeraj earlier told a leading daily, “Totally excited and yes, one of the most beautiful and stunning ladies we have. Standing in front of her and hosting is a different excitement. I am looking forward to being on that stage, looking at her and saying a few things.”

The television heartthrob sported green for his day 1 and day 2 look for the shoot of Dance India Dance season 7. Check out the pictures here:

What are your views about the looks – Yay or Nay?

In the meantime, catch Dheeraj Dhoopar as Karan Luthra in Kundali Bhagya, all episodes streaming on ZEE5!

9 Pictures That Show That The Cast And Crew Of Badlapur Had A Blast While Shooting!