Kundali Bhagya's Karan Luthra and Preeta Arora are doling out serious friendship goals, both on and off the screen. Watch this video to find out how 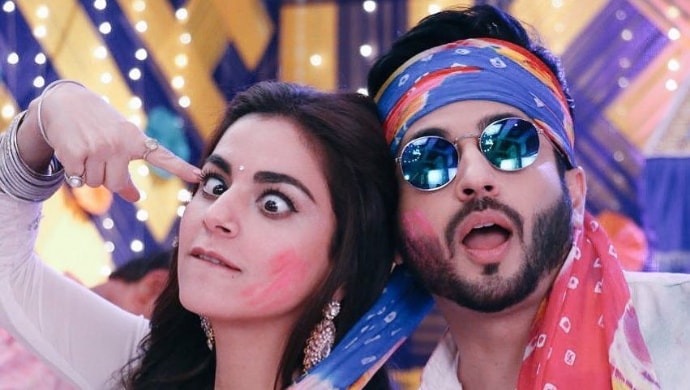 Actor Dheeraj Dhoopar is seen as Karan Luthra on Kundali Bhagya and Shraddha Arya plays Dr. Preeta Arora on the Zee TV show. Karan and Preeta share cute chemistry on the daily soap. On some days the two have cupid shooting arrows around while on others, it’s some silly fight over a dupatta. Nonetheless, their shenanigans always manage to win our hearts.

Beyond the small screen too, Dheeraj and Shraddha’s share a strong rapport and are thick as thieves. The two stars often treat their fans on social media to funny and adorable videos. In one such clip, Dheeraj and Shraddha recreate a scene from Rani Mukerji – Saif Ali Khan starrer blockbuster film Hum Tum.

Inspired by Hollywood movie When Harry Met Sally, Saif and Rani’s Hum Tum was a huge hit in its year of release, 2004. The Kunal Kohli directorial even landed the actors a National Award for their performances. It started a new craze amongst youngsters, including Rani’s short hairdo and Saif’s quirky outfits that went on to become a rage. Shraddha and Karan’s friendship is no less than a sensation!

The Luthra scion is very fond of Preeta. Their endearing exchange of words, especially every time Karan ends up tearing one of Preeta’s favourite dupatta’s makes for an entertaining watch. But regardless of all the difference of opinions, Karan and Preeta always have each other’s back. Every time Prithvi hatches an evil plan, the reel sportsman comes to his doctor friend’s rescue. Same goes for Preeta who puts up with Karan despite all his starry tantrums, which are only meant to irritate her.

Dheeraj and Shraddha are doling out serious friendship goals, both on and off the screen. Which is your favourite Karan-Preeta moment? Do you have a Preeta/Karan in your life? Let us know your views in the comments box below.

You can now catch up or binge watch episodes of your favourite TV shows on ZEE5 anytime, anywhere for FREE!

Did You Know Sunny Leone Wanted To Become A Paediatric Nurse? Click To Watch The Actress Narrate Her Story

5 Things Every Man Should Borrow From Sehban Azim's Wardrobe