Check out some of the best Instagram posts by stars of popular Zee TV shows here. 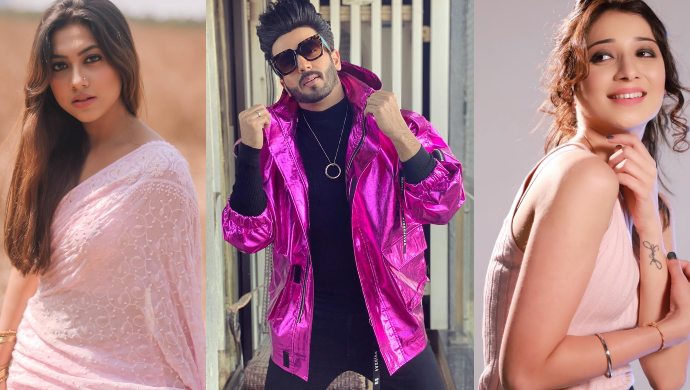 ‘Anything for the gram,’ is a popular phrase that has come into existence ever since people took to Instagram. Be it the latest selfie, or a new outfit you tried on or a recent vacation you took – netizens don’t fail to update the latest happenings of their life on the photo-sharing app. Similarly, stars of popular Zee TV shows love to be an active member of the #InstaFam! Let’s take a look at some of the posts made by television actors including Dheeraj Dhoopar, Shabir Ahluwalia, Reem Shaikh amongst others in the last week.

Dheeraj Dhoopar, known for playing Karan Luthra on Kundali Bhagya, attended the High Five on ZEE5 event looking dapper as ever in a stylish outfit. He sported an all-black look and paired a neon jacket to break the monotony of his look. Seen pictures yet?

Shabir Ahluwalia celebrated Makar Sankranti with his wife Kanchi Kaul and sons Azai and Ivarr by flying kites. Kanchi took to her Instagram account to share a lovely photo of the family caught in action!

Yeh Teri Galiyan actress Vrushika Mehta hit the 700k milestone on Instagram and celebrated the same by treating her fans to a video of her dancing to Harrdy Sandhu’s latest single Dance Like.

Reem Shaikh, set to play youngest Nobel Peace Prize recipient Malala Yousafzai in the upcoming biopic Gul Makai, shared the first song from her film on Instagram. In case you haven’t watched the video, we are sharing it here for you:

An interesting plot twist took place on Guddan Tumse Na Ho Payega. While the protagonists AJ and Guddan have split, their paths will cross again. This time, Guddan will be shown as a famous actress. Actress Kanika Mann, who plays the role of Guddan, had offered a sneak peek of her upcoming look on the show by sharing a few snaps on Instagram. Check them out here:

Who else do you think broke the gram with their posts last week? Tell us in the comments box below.

Tujhse Hai Raabta 23 January 2020 Preview: Kalyani and Malhar Fall On A Bed Of…

Get in the mood of patriotism and catch Republic Day special movies, here.

Never Kiss Your Best Friend Review: A 'Complicated' Story Every Millennial Will Relate To

The Casino: ZEE5's Next Big Bet To Star Karanvir Bohra And Mandana Karimi