Akshay took a special interest in the process while the black-belt fighters at his academy prepared Taapsee for adrenaline-pumping action in the film. 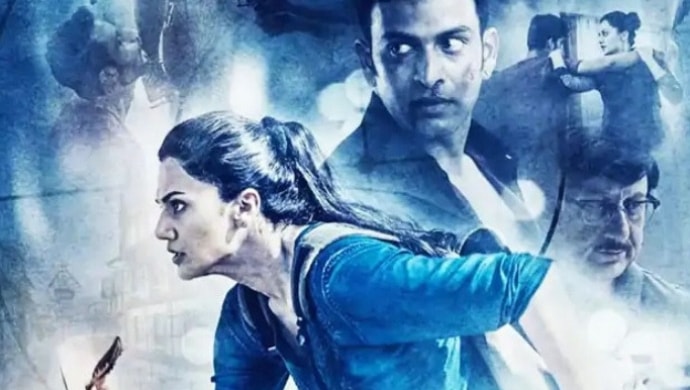 Taapsee Pannu took an unmapped route to a career in the world of showbiz. A Computer Science Engineer who graduated from GTBIT, Delhi-born Pannu left her job as a software engineer to pursue modelling. After successfully endorsing high-end brands across various sectors, Taapsee wanted more. Her hunger led her to take up acting, initially in the Tamil and Telugu film industries where Tapsee did some ten films before finally foraying into Bollywood with David Dhawan’s Chashme Baddoor.

But her breakthrough came only with a 10-minute-role in Neeraj Pandey’s Baby alongside Akshay Kumar as his junior officer. As a special agent, Taapsee showcased a stylised high-octane action sequence that made movie-goers sit up and take notice. The multi-crore business of the thriller spawned a spin-off for Taapsee aka Shabana Khan: Naam Shabana.

At #FridayFilmworks, we believe that the heart of film making is the value of the script. Once you crack the script, everything else follows. #NeerajPandey

The Neeraj Pandey production reunites Taapsee with her co-star of most films, Akshay Kumar. It traces the journey of Shabana – from a college-going simpleton to a special service agent trained in knocking out any and every offender of the law. For her character, the actress underwent rigorous training for six long months under the supervision of Kumar at his own martial arts training center. Akki took a special and personal interest in the process while the black-belt fighters at his academy too prepared the heroine for adrenaline-pumping action and daredevil stunt scenes. It is mention worthy that Akshay’s training center has been providing martial arts and self-defense training to over 18,000 girls.

Any good script requires creativity which is designed on camera & executed on the screen. We just follow this cycle for all our movies! @neerajpofficial @shitalbhatiaffw

Notably, Taapsee as Shabana trains in Kudo in the film. Thus, there is a special sequence in the movie to feature the same. Directed by Shivam Nair, the beloved star cast of Baby will return to reprise their roles namely Akshay, Anupam Kher, Madhurima Tuli, and Danny Denzongpa while Elli AvrRam, Manoj Bajpayee, and Prithviraj Sukumaran are latest additions to the ensemble.

Catch Kyun Rabba song from Taapsee’s latest release Badla opposite Amitabh Bachchan and many others on ZEE5 now!